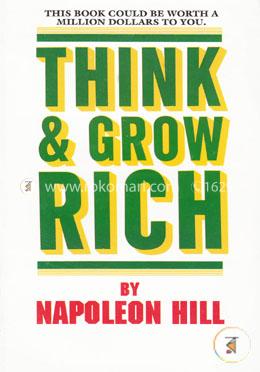 This Book Could Be Worth A Million Dollars to You

Summary Of The Book
Self-help success books are available by the dozen, but one that is arguably the most famous is Think And Grow Rich by Napoleon Hill. This book, a 1937 publication, is a motivational volume that assures readers of personal development, and teaches them quite a few tips and tricks to achieve success and to make money in life.

Hill was inspired to pen Think And Grow Rich by a suggestion from a successful businessman of his times, Andrew Carnegie, a Scottish-American. To write this book, Hill analyzed the typical characteristics of over 500 distinguished people who had achieved big in their lives, and based on this study came up with 16 ‘laws’ of success. In the final draft of the book, Hill condensed his 16 success formulae into 13 principles that can be regarded as the philosophies of personal development and achievement. The book highlights the fact that if an individual is boosted by a strong desire, decision and persistence, and can eliminate all negative vibes, he can climb high up the ladder of success.

The inspirational book that it is, Think And Grow Rich has altered the lives of millions of people across the globe since its first publication. By 2011, the book had sold more than 70 million copies worldwide. Hill’s biggest seller was ranked sixth on the BusinessWeek Magazine’s best seller list, 70 years after its first publication. This book also featured in the A Lifetime ‘Must-Read’ Books List by John C. Maxwell.

About Napoleon Hill
Napoleon Hill is an author from America, whose works were the first in the personal success genre.
Hill’s other popular works include The Law Of Success, How To Sell Your Way Through Life, You Can Work Your Own Miracles, The Master-Key To Riches, Succeed And Grow Rich Through Persuasion, and Outwitting The Devil.

Hill was born in 1883 to a poor family in Southwest Virginia. His writing career took off to a slow start at the age of 13, and he became a newspaper reporter. At one point in his life, Hill took to studying law, although he had to give up the course in between, owing to financial constraints. The turning point in Hill’s life came when he interviewed Andrew Carnegie, who inspired him to write this book. Hill’s works mostly delve into many controversial issues such as slavery, failure, oppression, poverty, racism, war, and revolution.