The Rules of Life : A personal code for living a better, happier, more successful kind of life (Paperback) 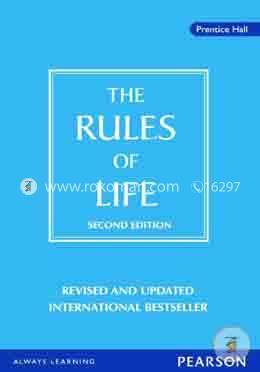 The Rules of Life : A personal code for living a better, happier, more successful kind of life (Paperback)

Summary Of The Book
This second edition of The Rules Of Life: A Personal Code For Living A Better, Happier, More Successful Kind Of Life throws light on key principles that will help individuals achieve more by doing less, and enable them to live happier and more fulfilling lives.

He states that those who are content and happy on an everyday basis, are healthier and enjoy their life to the fullest. Templar notes that those who struggle aren’t happy most of the time, not enjoying life the way they should. He goes to explain that if individuals follow certain basic rules of life, they can get more done, rid themselves of adversity, and spread joy around them. Those who follow these rules are able to bring light into a room they enter and adapt better to situations. Templar makes it clear that individuals only need to make simple modifications to their behavior to achieve the success they’ve always wanted. Although simple to apply at first, Templar notes that sticking by these rules is not an easy task.

Templar tells the readers that it’s important for them to try being the best at what they do, not second best. He also adds that an individual should dress as though that day were important, while emphasizing the need for people to possess a sense of humor. He also reiterates the importance of setting aside reflection time daily. He also advises the readers not to lend money, unless they’re willing to write it off and explains that throwing money at a problem is not the best way to solve it.

While these are just few of Templar’s rules of life, this book contains 100 such power nuggets that are geared towards helping the readers enjoy life, without emphasizing the need to rake in tons of money. This updated edition has several new rules that have been added due to the readers’ suggestions.

Templar has been a part of the business world for more than three decades, serving in several positions in a number of organizations. He now runs several firms of his own. In his several self development books, Templar outlines 100 simple rules for success, be it achieving success in life, work, relationships, or parenting.

Richard Templar is the pen name of a British author who has written several self-development books. He shares his "path to success" in a series of books, in which 100 simple "Rules" are presented to achieve success: be it in business, money, or life in general. Rules are typically presented on two pages, making the books easy to read, and suitable for dipping into at random. The books contain the distinctive use of British English. One reviewer writes that Templar's style is in neither of the "iron fisted" or "fuzzy warm" cam