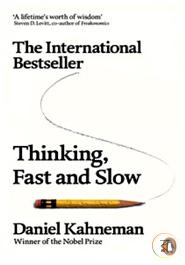 Daniel Kahneman, (born March 5, 1934, Tel Aviv, Israel), Israeli-born psychologist, corecipient of the Nobel Prize for Economics in 2002 for his integration of psychological research into economic science. His pioneering work examined human judgment and decision making under uncertainty. Kahneman shared the award with American economist Vernon L. Smith. Kahneman studied psychology at Hebrew University (B.A., 1954) in Jerusalem and the University of California, Berkeley (Ph.D., 1961). He was a lecturer (1961–70) and a professor (1970–78) of psychology at Hebrew University; from 2000 he held a fellowship at that university’s Center for Rationality. After teaching at the University of British Columbia in Vancouver (1978–86) and the University of California, Berkeley (1986–94), Kahneman in 1993 became the Eugene Higgins Professor of Psychology at Princeton University and a professor of public affairs at Princeton’s Woodrow Wilson School of Public and International Affairs, eventually retiring as emeritus professor of both posts in 2007. He was on the editorial boards of several academic journals, notably the Journal of Behavioral Decision Making and the Journal of Risk and Uncertainty. Kahneman began his prizewinning research in the late 1960s. In order to increase understanding of how people make economic decisions, he drew on cognitive psychology in relation to the mental processes used in forming judgments and making choices. Kahneman’s research with Amos Tversky on decision making under uncertainty resulted in the formulation of a new branch of economics, prospect theory, which was the subject of their seminal article “Prospect Theory: An Analysis of Decisions Under Risk” (1979). Previously, economists had believed that people’s decisions are determined by the expected gains from each possible future scenario multiplied by its probability of occurring, but if people make an irrational judgment by giving more weight to some scenarios than to others, their decision will be different from that predicted by traditional economic theory. Kahneman’s research (based on surveys and experiments) showed that his subjects were incapable of analyzing complex decision situations when the future consequences were uncertain. Instead, they relied on heuristic shortcuts, or rule of thumb, with few people evaluating their underlying probability. In 2011 Kahneman received the Talcott Parsons Prize from the American Academy of Arts and Sciences for his contributions to the social sciences. Also that year he published the best-selling book Thinking, Fast and Slow, which provided an adept distillation of his work. In 2013 he was awarded the U.S. Presidential Medal of Freedom. 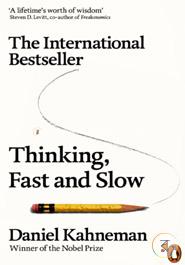