The Discovery of India (Paperback) 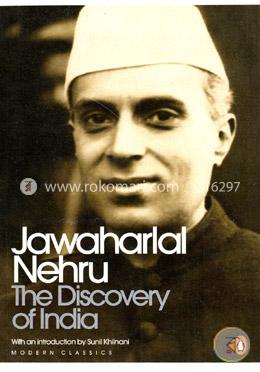 The Discovery of India (Paperback)

'The Discovery of India' Summary of the book
The journey in The Discovery of India begins from ancient history, leading up to the last years of the British Raj. He uses his knowledge of the Upanishads, Vedas, and textbooks on ancient history to introduce to the reader the development of India from the Indus Valley Civilization, through the changes in socio-political old scene scenario every foreign invader brought, to the present day conditions.
Nehru was jailed for his participation in the Quit India movement along with other Indian leaders, and he used this time to write down his thoughts and knowledge about India's history. The book is widely regarded as a classic in India since its first publication in 1946[citation needed], and provides a broad view of Indian history, philosophy and culture, as viewed from the eyes of a liberal Indian fighting for the independence of his country.
In The Discovery of India, Nehru argued that India was a historic nation with a right to sovereignty. This book also analyses in depth the philosophy of Indian life. (wikipedia.org)