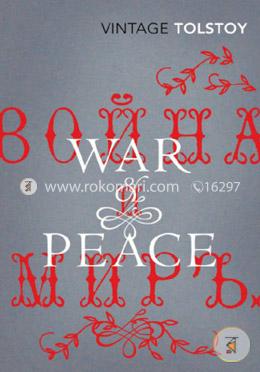 'War and Peace' Summary of the book
War and Peace begins in the Russian city of St. Petersburg in 1805, as fear of Napoleon’s ongoing war making begins to set in. Most of the characters are introduced at a party, including Pierre Bezukhov, Andrey Bolkonsky, and the Kuragin and Rostov families. Much of the novel focuses on the interactions between the Bezukhovs, Bolkonskys, and the Rostovs. After their introduction, Andrey Bolkonsky and Nikolay Rostov go to the Austrian front under General Kutuzov, a fictional representation of Mikhail Kutuzov, to engage with Napoleon’s troops. Andrey is then injured at the Battle of Austerlitz and presumed dead, until he arrives home to his wife, Lise, who dies during childbirth soon after. Pierre, meanwhile, has married Helene Kuragina. She is unfaithful to him, and Pierre duels with the other man, almost killing him. He soon becomes overwhelmed by his marriage and leaves Helene. He joins the Freemasons, which influences his personal and business fortunes greatly. In the meantime Nikolay has racked up a large amount of gambling debt, which causes the Rostov family to lose most of their fortune. He is encouraged to marry a wealthy heiress, despite promising to marry Sonya, his cousin. Nikolay eventually witnesses the peace between Tsar Alexander I and Napoleon (Treaties of Tilsit, signed in 1807). Andrey soon becomes involved with Natasha Rostov only to be told by his father that he must wait a year before marrying her. After some time away, Andrey discovers that Natasha has been unfaithful. He rejects her, and Pierre consoles her, eventually falling in love with her.
In 1812 Napoleon invades Russia, forcing Alexander to declare war. Andrey returns to service, and Pierre is driven to believe he must personally assassinate Napoleon. As the French advance, Mary, Lise’s sister, is forced to leave her house. Nikolay finds her in the streets, and the two reconnect. Pierre, still crazed by his imaginary duty, is apprehended by French forces and witnesses a number of executions, which deeply affect him. During his imprisonment, he befriends Platon Karatev, a wise peasant. He is later freed from the French and promptly falls ill. After recovering, he marries Natasha, and they have four children together. Nikolay weds Mary, and the two enjoy a happy married life.

Tolstoy was born at Yasnaya Polyana, a family estate 12 kilometres southwest of Tula, Russia and 200 kilometers (120 mi) south of Moscow. He was the fourth of five children of Count Nikolai Ilyich Tolstoy and Countess Mariya Tolstaya (Volkonskaya). Tolstoy\'s parents died when he was young. His teachers described him as \"both unable and unwilling to learn.\" Tolstoy left the university in the middle of his studies, returned to Yasnaya Polyana and then spent much of his time in Moscow and Saint Petersburg. On September 23, 1862, Tolstoy married Sophia Andreevna Behrs, who was 16 years junior to him and daughter of a court physician. She was called Sonya, the Russian diminutive of Sofia, by her family and friends. They had 13 children, eight of whom survived childhood. Tolstoy died in 1910, at the age of 82