Metamorphosis And Other Stories (Paperback) 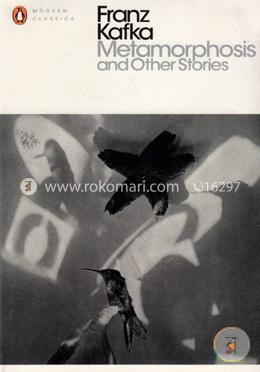 Metamorphosis And Other Stories (Paperback)

'Metamorphosis And Other Stories' Summary of the book
The Metamorphosis and Other Stories, by Franz Kafka, is part of the Barnes and Noble Classics series, which offers quality editions at affordable prices to the student and the general reader, including new scholarship, thoughtful design, and pages of carefully crafted extras. Here are some of the remarkable features of Barnes and Noble Classics: All editions are beautifully designed and are printed to superior specifications; some include illustrations of historical interest. Barnes and Noble Classics pulls together a constellation of influences—biographical, historical, and literary—to enrich each reader's understanding of these enduring works.
Virtually unknown during his lifetime, Franz Kafka is now one of the world’s most widely read and discussed authors. His nightmarish novels and short stories have come to symbolize modern man’s anxiety and alienation in a bizarre, hostile, and dehumanized world. This vision is most fully realized in Kafka’s masterpiece, “The Metamorphosis,” a story that is both harrowing and amusing, and a landmark of modern literature.
Bringing together some of Kafka’s finest work, this collection demonstrates the richness and variety of the author’s artistry. “The Judgment,” which Kafka considered to be his decisive breakthrough, and “The Stoker,” which became the first chapter of his novel Amerika, are here included. These two, along with “The Metamorphosis,” form a suite of stories Kafka referred to as “The Sons,” and they collectively present a devastating portrait of the modern family.
Also included are “In the Penal Colony,” a story of a torture machine and its operators and victims, and “A Hunger Artist,” about the absurdity of an artist trying to communicate with a misunderstanding public. Kafka’s lucid, succinct writing chronicles the labyrinthine complexities, the futility-laden horror, and the stifling oppressiveness that permeate his vision of modern life. (goodreads.com)

Franz Kafka (3 July 1883 – 3 June 1924) was a German-language novelist and short story writer, widely regarded as one of the major figures of 20th-century literature. His work, which fuses elements of realism and the fantastic, typically features isolated protagonists faced by bizarre or surrealistic predicaments and incomprehensible social-bureaucratic powers, and has been interpreted as exploring themes of alienation, existential anxiety, guilt, and absurdity. His best known works include "Die Verwandlung" ("The Metamorphosis"), Der Process (The Trial), and Das Schloss (The Castle). The term Kafkaesque has entered the English language to describe situations like those in his writing. Kafka was born into a middle-class, German-speaking Jewish family in Prague, the capital of the Kingdom of Bohemia, then part of the Austro-Hungarian Empire. He trained as a lawyer, and after completing his legal education he was employed with an insurance company, forcing him to relegate writing to his spare time. Over the course of his life, Kafka wrote hundreds of letters to family and close friends, including his father, with whom he had a strained and formal relationship. He became engaged to several women but never married. He died in 1924 at the age of 40 from tuberculosis.