The Voice Of The Rebel (Hardcover) 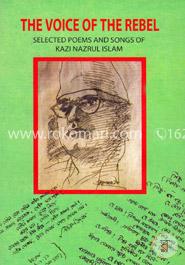 The Voice Of The Rebel (Hardcover)

"The Voice Of The Rebel"
Mohammad. Abu Bakar, the translator of Selected Poems and Songs of Kazi Nazrul Islam entitled The Voice of the Rebel is intimately known to me. An ex-teacher of English, a Retired Civil Servant (Deputy Secretary) Mr. Bakar is many in one. He is a Poet, an Essayist a short Story Writer, a Dramatist, a Composer of songs and a Translator. On top of this, he was recognised as an Epic Poet for his Epic on Liberation war titled Raktakto Janmabhumi in 2014, by Bangladesh Muslim Sahitya Samaj, Dhaka and the Literary and Cultural Forum, Kolkata, of SAARC along with medal, crests and certificates. He had lot of other rewards. I have gone through most of his literary works many times. It goes without saying that the books he wrote will make him immortal in the annals of our Literature. His translation of Nazrul has moved me much, for its very tough to translate Nazrul for its grandeur and variety of dictions taken from different languages.
I have every reason to believe that the present Book on Nazrul will touch upon the hearts of the readers. I wish wide publication of this book.