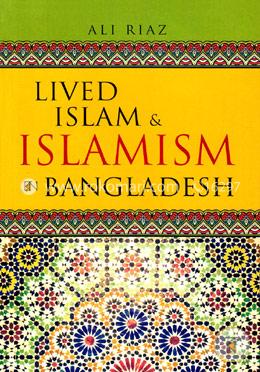 ‘Lived Islam and Islamism In Bangladesh’ Book Flap: There is a debate among various Muslim communities about what is Islam and who are the true Muslims. The debate is an old one, but these questions have assumed greater importance in recent decades. Is a religion a set of articles of faith and rituals independent of its adherents’ agency and or is the religion an institutionalized bargain, a power contract between the individual and the society? This book examines these questions through incisive exploration of social practices and political activism in Bangladesh. Lucidly written and cogently argued, this book has relevance to other Muslim-majority countries, and Muslim communities around the world.

Riaz was born in Dhaka, Bangladesh to Mohabbat Ali, a senior public servant and Bilkis Ara. He earned his baccalaureate and Master's degree in Mass Communication and Journalism from the University of Dhaka in 1981 and 1983, respectively. He was awarded a graduate student fellowship at the East West Center at Honolulu, Hawaii in 1987, where he earned master's degrees in communication (1989) and in political science (1991) under the EWC fellowship from the University of Hawaii. He completed his Doctor of Philosophy in political science in 1993 on civil-military relationship in Bangladesh. His study offers a structural-historical interpretation of the causes of and conditions for the military rule in Bangladesh in its first decade, 1972–1981. He is a Bangladeshi American political scientist and writer. He is a Distinguished Professor at Illinois State University where he joined in 2002. Most of his work deals with religion and politics, particularly on South Asian politics and political Islam. He has written extensively on Bangladeshi politics and madrasas in South Asia. He was the editor of Studies on Asia, a bi-annual journal of the Midwestern Conference on Asian Affairs (2010–2015). He was also a public policy scholar at the Woodrow Wilson International Center for Scholars at Washington DC during the Fall of 2013. See More Details ->> https://en.wikipedia.org/wiki/Ali_Riaz