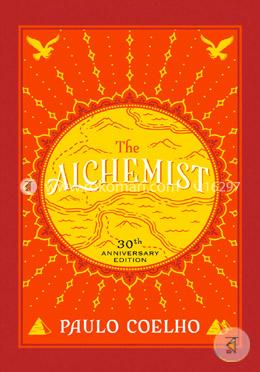 বইটি আপনি কেন পড়বেন?দেখে নিন বিশ্বের সেরা সাইট
আমাজন.কম এর কিছু তথ্য-
রিভিউ সংখ্যা – ১১,৭২৪
এভারেজ রেটিং – ৪.৬
সাহিত্য ক্যাটেগরির ৪৭তম বেস্টসেলার বই
আমাজন.কম লিংক - https://goo.gl/1As1Bd
A novel rich in metaphors and symbolism, The Alchemist is a story based on the adventures of a young shepherd boy, who, upon deciding to follow his prophetic dreams, sets on a treasure hunt. This journey introduces him to some remarkable people who leave an indelible and profound mark on him.
Summary Of The Book:
The Alchemist was first published in 1988. The protagonist of the story, a young Andalusian shepherd boy named Santiago, is plagued with recurring dreams, wherein a mysterious child urges him to look for buried treasure at the base of the Egyptian pyramids. Determined, he leaves Spain and heads towards Egypt. En route, he meets the King of Salem, a man named Melchizedek. Melchizedek introduces Santiago to the concept of a ‘Personal Legend’ or a personal map or a quest that guides him to what his heart truly desires. While attempting to cross the Sahara desert on the way to Egypt, he joins a caravan which is driven by an Englishman who is aspiring to be an alchemist. During a stop over in Al-Fayoum, Santiago meets Fatima, a young girl of exceeding beauty who steals his heart. He asks her to marry him, but she declines saying that she will do so only once he has found the treasure he seeks. In the Saharan oasis of Al-Fayoum, Santiago meets a 200 year old alchemist who decides to accompany him on his expedition. He imparts wisdom and valuable knowledge to Santiago, who eventually understands why the supposed treasure keeps evading him. Having sold over 65 million copies worldwide, The Alchemist is marked by its profound simplicity, the easy flow of the story, and the poignant moral it tries to teach the reader, that worldly possessions and extravagance are immaterial when compared to finding your own ‘Personal Legend’.