In The Land Of Muslin (Comic Book) 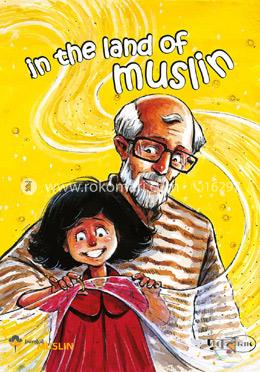 In The Land Of Muslin (Comic Book)

Dear Little fellow
This story is about the most delicate and beautiful fabric that the world had ever seen. This cloth was created by poor, unknown but highly gifted rural artisans in villages around Dhaka. They used threads made from a special cotton plant called ‘phuti karpas’ which only grew along the banks of the Meghna and Sitalakhaya river. It was known as ‘mul-mul’ in India and ‘muslin’ by foreigners. Muslin was worn by famous kings and queens from the 8th to the 18th century and traded from Rome to Indonesia. It was ultimately destroyed by the English colonialists in the mid-19th century to support their own machine-made cloth. Today most of this cloth is in foreign museums and our country Bangladesh has very few examples. Today, jamdani is the only living representation of muslin though it is not made from the unique cotton. We want to bring you the exciting story of muslin and the history of its glory, its royal use and its sad death. We hope that the phuti karpas, its silken threads and the traditional weaving process will return again. Today our skilled weavers are again weaving cloth similar to muslin. Together, we must not let Bangladesh’s heritage be lost forever.