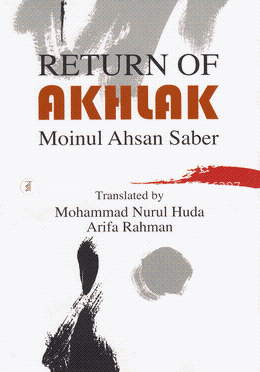 The name of this piece could be something like The story of an Ordinary Human instead of Return of Akhlak. The main character of this story is Akhlak, an ordinary pupil.. We only see them, may be assume something about them too but we don't know their story. What's the story? That story also is uncolored, indifferent, an illusion and disillusion, satisfactory and unsatisfactory and so on. Apart from this there is nothing new or beyond imagination. After an altercation with Jesmine, his wife,. In this time while his surrounding was becoming beautiful, he thought how to pacify the situation with his wife, right that moment mugger attacked him. Whether he is able to return or not, which is not fixed, it becomes more than a story in terms of profound meaning of life.