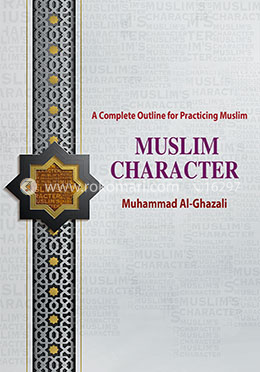 The character of a Muslim is one of the most important issues for Muslims of today. Especially as Muslims are constantly under suspicion for being what they are not, it is all the more important to know, how we deal with ourselves in our conduct with the World around us. Based on the Quran and the Sunnah of Prophet Muhammad, peace be upon him, this book, Muslim Character, gives good advice and admonition for the interested reader. The book presents the comprehensive nature of Islamic morality, which covers all aspects of life—public as well as private, religious as well as social, economic as well as political. Islamic morality is not limited to Muslim society, but it extends to human society. Islam links the origin of all human beings to a single pair of parents and upholds the principles of equality, justice, and fairness to all human beings regardless of their race, color, or faith. Islam respects all life and treats it with compassion and kindness, whether it be that of human beings or animals. As a religion of the Middle Way, Islam rejects extremism and emphasizes tolerance, forgiveness, and moderation. The reform of society begins with the reform of the individual. The essential qualities of Muslim character are Taqwa, truthfulness, trust, sincerity, tolerance, forgiveness, patience, fairness in dealings, brotherhood, love, mercy and generosity. This personality is attainable and was exemplified by the Messenger of God, who was sent to perfect moral character. A Muslim has to strive for it with the Messenger of God as the best role model.