Governance and The Governed: Democracy and Development in Bangladesh (Hardcover) 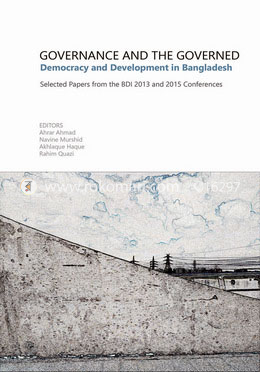 Governance and The Governed: Democracy and Development in Bangladesh (Hardcover)

This book is a culmination of ideas from the third and fourth International Bangladesh Development Initiative (BDI) Conferences at the University of California, Berkeley, USA in 2013 and 2015. This book dwells on two major areas, namely, politics and government, and gender and development. The contributions in the first part present analytical perspectives on the transformation of political regimes, heterogeneity of identities and their complexities, and the causes and consequences of pre-election violence. This part also scrutinizes the relationship between external remittances and democracy at local levels, how politics impacts economic issues, and finally examines Bangladesh’s place in South Asia as a region. Essays in part two explore issues relating to human rights. The papers in this section include analyses on the role of childhood exposure to violence and the state’s role in ensuring protection and fairness to female litigants in domestic dispute-resolution cases. These essays also discuss cultural and anthropological perspectives on patriarchy in the context of gender equality, difficulties faced by the urban poor in accessing low income housing, and finally, the state’s failures in this regard.