The Politics of Land Law (Hardcover) 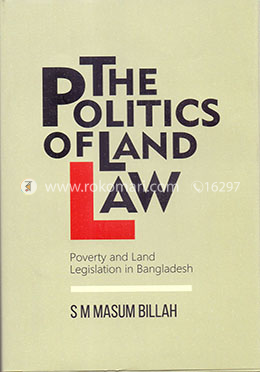 The Politics of Land Law (Hardcover)

Poverty and Land Legislation in Bangladesh

The land question is a politically emotive yet constitutionally forgotten issue in Bangladesh. In this seminal work, the author examines the major land laws of Bangladesh and presents a thorough story of land law politics as a central thrust to the colonial and post-colonial enterprise. The author shows how the land enactments in a developing post-colonial jurisdiction like Bangladesh have gone towards the disadvantage of the peasants and suggests what further role the law can play in addressing their poverty.
After the 1947 Partition, the abolition of the zamindary system (landlordism) offered an opportunity to carry out radical redistributive land reform in Bengal. So was the case with post-independence settings after 1971. Unfortunately, both opportunities went astray. The Bangladeshi land laws are complex, vague and dominated by politics. The land law regime has structural loopholes and ideological drawbacks, which are enough to make reform attempts dysfunctional.
The author interprets poverty as a mutually reinforcing deprivation where the land law is a major participant. He argues that poverty will persist unless the law addresses the true reasons for poverty and a pro-poor approach to land reform is pursued. The author effectively situates the land law in the context of legal history and poverty, exposes the gap between "law" and "land", and proposes a redistributive land reform for Bangladesh.