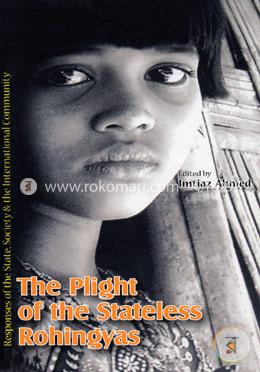 "The plight of the Stateless Rohingyas : Responses of the State, Society " Summary of The Book:
In tracing the plight of the Rohingya refugees, the study shows that the Rohingya refugee problem was created in the course of several historical trajectories. It has been demonstrated that the Rohingyas are both stateless and refugees. First, they became stateless in their homeland and then eventually they had to embrace the status of refugeehood under conditions of persecution, discrimination and torture. The Rohingya refugees in Bangladesh have remained stateless amid their refugeehood. The causes to their refugeehood can be categorised as primary factors (as enumerated in the 1951 Convention), secondary factors (as identified in the 1969 OAU Convention) and auxiliary factors (such as economic, ecological and demographic change). The denial of citizenship rights, denial of freedom of movement, eviction campaigns, forced labour, expulsion from their lands and property, violence and physical torture contributed to the making of the Rohingyas stateless and refugees. As borne out in this research, refugees face multi-pronged psycho-social and human security threats. Four major dimensions of security have been identified in this study— politico-military, economic, social and environmental. While primary responsibility for refugee security rests with the host government, it has been repeatedly stressed that the problem of security should be an issue for which a multiplicity of actors share responsibility—refugees themselves, local populations, country of origin, host country, donor states, regional organisations, the UNHCR its operational partners. For a resolution of the problems faced by the stateless Rohingya refugees, a multi-faceted approach is required. In fact, it is important to materialize a collaborative effort between the government and civil society to contain the social and economic impact of protracted refugee situation. The international community needs to approach the stateless cum refugee issue in the context of broader development agenda and international law. The commitment of all stakeholders, including the government, humanitarian agencies, local communities and donors, is required. Cooperative and combined effort can assist in alleviating problems and assist refugees to participate to the fullest extent possible in their life in Bangladesh and following their return in Myanmar.