A Treasure-trove of Children Stories (Hardcover) 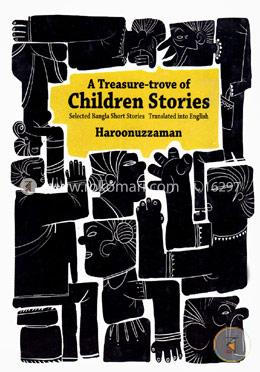 A Treasure-trove of Children Stories (Hardcover)

The kingdom of children’s short stories in Bangla is simply very large. With Bangladesh and West Bengal, India combining, the area of this kingdom is even larger. Maybe it is possible to find collections of these stories in Bangla separately in the two countries.
But to find such a combined collection in English might be difficult in both the countries. That is why, an effort has been made to translate into English some of these stories, nine each from West Bengal, India and Bangladesh and put them between the covers of a book titled A Treasure-trove of Children Stories.
While selecting the short stories what have been considered most are the diversity of subjects and the depth of thoughts. Lila Majumdar, a reputed children short story writer, in her introduction to Dui Banglar Chotoder Shrestho Golpo says: “It’s not very important to consider the place the writer belongs to; it is the direction of the writer’s thought that is to be noted.” Some rules and customs of a particular country might sound peculiar to the people of another country, but beyond the man-made rules and regulations what is important is humanity which has a universal appeal.
Readers, both young and old, should find this volume interesting and useful.

Haroonuzzaman, a poet, translator, novelist, was born in Dhaka on January 13, 1951. He has been into teaching, at home and abroad, for about 25 years. For the past ten years he has been teaching English at Independent University, Bangladesh (IUB). Besides, he was into English language journalism at The Independent and UNB and into broadcast journalism at Radio Pakistan, Dacca and Bangladesh Betar, Dhaka for about six years. He was the only Asian English news broadcaster under Qatar Broadcasting Service in 1992.
His notable publications include:
Lalon Songs (Translation of selected songs); Inseparable (Fiction); Lalon/ jvjb (Translation of selected Lalon songs, 2nd edition); The Distant Shore (Novella).