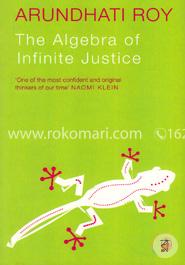 'The Algebra of Infinite Justice' Summary of the book
He Algebra of Infinite Justice (2001) is a collection of essays written by Booker Prize winner Arundhati Roy. The book discusses several perspectives of global and local concerns, among them one being the abuse of Nuclear bomb showoffs.
The book discusses several issues from fields as diverse as the political euphoria in India over its successful nuclear bomb tests, the 'power' politics wherein she discusses the power generating companies of the world manipulating the laws and policies of the many power-deprived nations.
Introduction:
A few weeks after India detonated a thermonuclear device in 1998, Arundhati Roy wrote ‘The End of Imagination’. The essay attracted worldwide attention as the voice of a brilliant Indian writer speaking out with clarity and conscience against nuclear weapons. Over the next three and a half years, she wrote a series of political essays on a diverse range of momentous subjects: from the illusory benefits of big dams, to the downside of corporate globalization and the US Government’s war against terror. First published in 2001, The Algebra of Infinite Justice brings together all of Arundhati Roy’s political writings so far. This revised paperback edition includes two new essays, written in early 2002: ‘Democracy: Who’s She When She’s at Home’, that examines the horrific communal violence in Gujarat, and ‘War Talk: Summer Games with Nuclear Bombs’, about the threat of nuclear war in the Subcontinent. 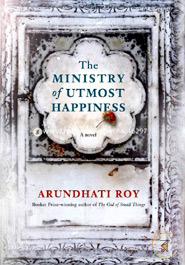