The Old Man and The Sea (Award-Winning Authors' Books) (Paperback) 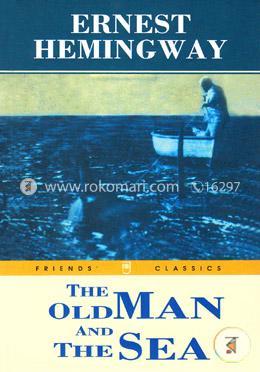 The Old Man and The Sea (Award-Winning Authors' Books) (Paperback)

"দ্য ওল্ড ম্যান এন্ড দ্য সী (পুরস্কারপ্রাপ্ত লেখকদের বই)"বইটির শেষর ফ্লাপের কিছু কথা:
The Old Man and the Sea is one of Hemingway's immensely successful novels that confirmed his power and presence in the literary world. It won the 1953 Pulitzer Prize for fiction and Nobel Prize in 1954. Told in language of great simplicity and power, it is the story of an old Cuban fisherman, a young boy and a giant fish far out in the Gulf Stream off the coast of Havana. 'The best story Hemingway has written-----no page of this beautiful master-work could have been done better or differently.'
-Sunday 'Not only the finest long short story that Hemingway has ever written, but one of the finest written by anyone.'
-Listener 'A quite wonderful example of narrative art. The writing is as taut, and at the same time as lithe and cunningly played out, as the line on which the old man plays the fish.'

Ernest Miller Hemingway (July 21, 1899 – July 2, 1961) was an American novelist, short story writer, and journalist. His economical and understated style had a strong influence on 20th-century fiction, while his life of adventure and his public image influenced later generations. Hemingway produced most of his work between the mid-1920s and the mid-1950s, and won the Nobel Prize in Literature in 1954. He published seven novels, six short story collections, and two non-fiction works. Additional works, including three novels, four short story collections, and three non-fiction works, were published posthumously. Many of his works are considered classics of American literature. Hemingway was raised in Oak Park, Illinois. After high school, he reported for a few months for The Kansas City Star, before leaving for the Italian front to enlist with the World War I ambulance drivers. In 1918, he was seriously wounded and returned home. His wartime experiences formed the basis for his novel A Farewell to Arms (1929).