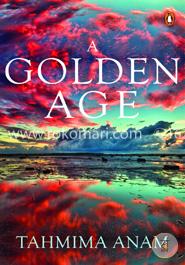 'A Golden Age' Summary of the book
A Golden Age is the first novel of the Bangladesh-born writer Tahmima Anam
This historical fiction novel centers around the point of view of Rehana Haque, a widowed mother who struggles through Bangladesh Liberation War as both her children become increasingly involved with the war efforts. The book starts with the death of Rehana's husband and losing then regaining the custody of her children, and then fast forwards to the start of the war where Rehana struggles again to hold on to her children. Rehana struggles with understanding passionate nationalism of her children and finding her own personal identity outside of being a mother and where her sense of nationalism fits into that identity. The book ends December 16, 1971, the day that the treaty is signed and Bangladesh gained their independence.

Tahmima Anam (Bengali: তাহমিমা আনাম; born 8 October 1975) is a British Bangladeshi writer, novelist and columnist. Her first novel, A Golden Age, was published by John Murray in 2007 and was the Best First Book winner of the 2008 Commonwealth Writers' Prize. In 2013 she was included in the Granta list of 20 best young writers. Her follow-up novel ‘The Good Muslim’ was nominated for the 2011 Man Asian Literary Prize.

The Bones Of Grace