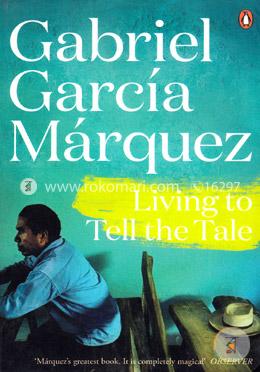 "Living to Tell the Tale" Summary of the Book:
The central story of Living to Tell the Tale is Gabriel García Márquez’s journey with his mother to sell the home in which he had grown up. This journey sparks an outpouring of memories and initiates a theme of change—temporal, personal, and cultural—that pervades the book. Other significant themes include personal dignity and nostalgia. As with his other works, this text plays with chronology and weaves autobiographical episodes in and out of memory, popular culture, and historical context. As noted in the book’s opening epigraph, “Life is not what one lived, but what one remembers and how one remembers it in order to recount it.”

García Márquez’s memoir takes its shape against the backdrop of cultural, political, and literary events in Colombia, spanning three decades and describing the landscape of the region between the 1920’s and the 1950’s. The memoir’s narrative is stunning in its ability to bring to life the sociocultural setting that gave birth to one of Colombia’s most beloved literary figures.