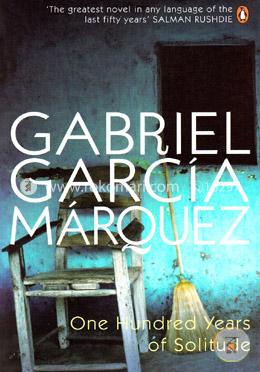 One Hundred Years Of Solitude, a literary masterpiece by the Nobel Laureate, is a metaphoric mirror to Colombian history. The contemplative novel drapes the tale of the rise and fall of Macondo and magically captures the life and times of the Buendia family over seven generations.

Summary Of The Book:
Set in a fictional town called Macondo in Northern Colombia, One Hundred Years Of Solitude begins with Jose Arcadio Buendia leaving his hometown with his wife Ursula, in search of a better life. One night during their journey, they happen to camp at a riverside where Jose dreams about a spectacular city and decides to establish one on the same riverbank. Thus, he builds Macondo and slowly shapes it into how he wants a city to be. Macondo then begins to miraculously attract unusual people and extraordinary events that make for a gripping plot. The adventurous Buendias find themselves in the middle of some of the most historically potent circumstances in Colombia. As the lineage stands in the face of the glory and downfall of a civilization, Marquez's lyrical magic manifests the delicate nuances of love and war, youth and senility, and passion and lust. And finally, what had started as an innocent dream of Jose, Ursula and 19 other families gradually break down and fall prey to lawless anarchy.

One Hundred Years Of Solitude also chronicles the political and economic developments of the 19th century Colombia, such as corruption and capitalism with a touch of fiction. In a deeply touching and thought provoking non-linear narrative, Marquez paints a hundred years of history on the canvas of time. He uses his prerogative of having witnessed the wave of the Colombian revolution to graphically depict its lasting influence. He arrests in prose, the magical realism surrounding life, death, peace and the truth of mankind.
Written originally in Spanish, One Hundred Years Of Solitude was published first in 1967. It has since been translated into 37 languages and sold more than 20 million copies worldover. A recipient of global acclaim and numerous awards, the book won Marquez his Nobel Prize in 1982. This English version is translated by Gregory Rabassa.