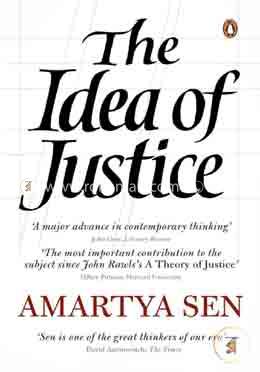 Summary Of The Book
Justice has multiple dimensions and cannot be defined as or decided upon in singular terms. It can mean different things to different people in different instances. It is, in simple words, understood as existing and varying on a continuum. This is the central aspect of the Nobel laureate Amartya Sen’s book, The Idea Of Justice.

This remarkable book by the distinguished economist questions the very notion of social justice being a far-fetched ideal or an achievable and practical possibility. The book defines a perfectly just society and also traces the concept of social justice as understood by philosophers and thinkers over ages. People have continued to face differences in opinions regarding what is just and what is not, and the book places special emphasis on the alternative and comparative perspectives on justice.
The author has introduced an approach to justice followed by the demands of justice, materials of justice, forms of reasoning, and public reasoning and democracy. Within the four parts the book has been divided into are chapters covering endlessly thought-provoking topics.

This book, published in 2009, is dedicated to the memory of one of Amartya Sen’s teachers, named John Rawls. Rawls wrote a book titled A Theory Of Justice, from which Sen has picked up arguments and provided a detailed evaluation of these compelling arguments. Sen has discussed the positions of justice and the situation of original position as highlighted by Rawls in his book.

This is a monumental work is a must-read for all who wish to stir their thoughts and re-think, especially in present times when the world is quivering with questions related to global justice and fairness. A masterful text, this book provides an insight into what can make societies more just rather than making it seem like an endeavour towards a mere utopian dream.

An Uncertain Glory: India and its Contradictions