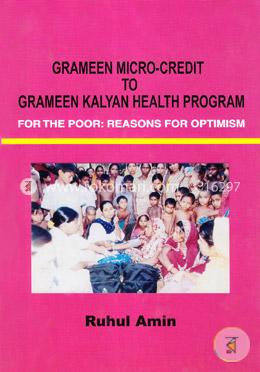 The 1978 International Conference on Primary Health Care at Alma Ata at Kazaktan set the goal of "Health for all by the year 2000," Since then more than nearly three decades have elapsed. But the task that Alma Ata Conference had identified has remained, not mean that some progress has not been made in primary health care in Bangladesh but that the ending of rampant diseases, untimely deaths, and preventable disabilities has been quite limited, particularly among the poor. Thus, despite numerous past attempts in rural Bangladesh to deliver an integrated package of health services to all, no effective and sustainable institutional framework that can effectively do so has yet been established. The Grameen Kalyan Health Program of the Grameen Family of Institutions is an exception in this regard. It has initiated a package of rural health services for the rural poor, which is delivering not only effective, efficient, and sustainable services, but is also potentially capable of achieving scale.