Norwegian Wood(Translated From the Japanese) (Paperback) 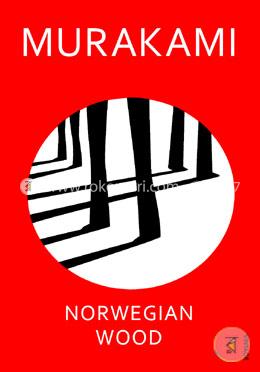 Norwegian Wood(Translated From the Japanese) (Paperback)

Set in Tokyo in the 1950s, this novel tells the story of Toru and Naoko. Toru is a quiet and abnormally serious young college student who loves Naoko, a beautiful and introspective young woman. Their relationship and passion are put to the test by the memory of their best friend, who died years ago. While Toru is satisfied at college, adapting to the life as well as the loneliness and isolation he faces there, Naoko begins to feel the unbearable pressures and responsibilities of life eat away at her. She draws back into her own world, and Toru begins to have feelings for another fiercely independent and sexually liberated woman. This is the story of their love, and their losses together, and Toru’s coming-of-age when he discovers his first true heroic love.

About Haruki Murakami
Haruki Murakami is a Japanese novelist, best known for writing 1Q84, A Wild Sheep Chase, and The Wind-Up Bird Chronicle.
Murakami-san often favours naming his books after songs, and this book was named after the Beatles’ song. The book was adapted into a major motion picture in Japan by Tran Anh Hung in 2010, starring Kenichi Matsuyama, Rinko Kikuchi and Kiko Mizuhara, with music scored by Jonny Greenwood.

Haruki Murakami ( January 12, 1949) is a Japanese writer. His books and stories have been bestsellers in Japan as well as internationally, with his work being translated into 50 languages and selling millions of copies outside his native country. The critical acclaim for his fiction and non-fiction has led to numerous awards, in Japan and internationally, including the World Fantasy Award (2006) and the Frank O'Connor International Short Story Award (2006). His oeuvre received, for example, the Franz Kafka Prize (2006) and the Jerusalem Prize (2009). Murakami's most notable works include A Wild Sheep Chase (1982), Norwegian Wood (1987), The Wind-Up Bird Chronicle (1994–95), Kafka on the Shore (2002), and 1Q84 (2009–10). He has also translated into Japanese English works by writers ranging from Raymond Carver to J. D. Salinger. His fiction, still criticized by Japan's literary establishment as un-Japanese, was influenced by Western writers from Chandler to Vonnegut by way of Brautigan. It is frequently surrealistic and melancholic or fatalistic, marked by a Kafkaesque rendition of the "recurrent themes of alienation and loneliness he weaves into his narratives. He is also considered an important figure in postmodern literature. Steven Poole of The Guardian praised Murakami as "among the world's greatest living novelists" for his works and achievements.