Messi: The Inside Story of the Boy Who Became A legend

Messi: The Inside Story of the Boy Who Became A legend

Summary of the Book
Lionel Andres Messi is a name to inspire and awe people. In this book, Caioli Luca draws on official interviews, testimonies from parents, family, friends, coaches, team-mates, opponents and Messi himself to spin the tale of the man who was known as the Machine of '87 for his skill at the game. The secret of the Barcelona team, his contribution towards the team's fame and fortunes are now the stuff of legend. At 21 he had already received Ballon d'Or and FIFA World Player of the Year nominations, and won both the next year. By 25, he'd become the youngest player to score 200 goals in La Liga's matches. Considered the best player of his generation and perhaps the greatest of all time, he is the first football player in history to win four FIFA/Ballons d'Or, winning all of them consecutively. Updated to include the details of the 2012/13 season in which he broke all records, this book tells the story of a humble man who has risen to football glory like no one before him.

About Caioli Luca
Caioli Luca is an Italian journalist and sports writer. He has worked as a sports journalist for Italian newspapers such as Il Manifesto , L'Unita , La Repubblica and the Gazzetta dello Sport.

He has also written: Ronaldinho: Happy Footballer, The Dual Challenge of Lance Armstrong and Thank you, Cristiano Ronaldo. 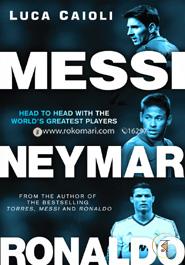