The Best of Roald Dhal (Paperback) 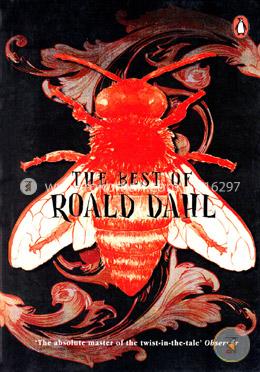 The Best of Roald Dhal (Paperback)

"The Best of Roald Dhal" Summary Of The Book
The Best Of Roald Dahl is a collection of short stories, which encompasses the best of Dahl’s literary works ever published during his writing career from the year 1945 to 1965.
The stories present in this book include Genesis And Catastrophe, Over to You, Mrs. Bixby And The Colonel’s Coat, Pig, The Visitor, Switch Bitch, Lamb To The Slaughter, Galloping Foxley, Edward The Conqueror, Man From The South, Someone Like You, Madame Rosette, William and Mary, Dip In The Pool, The Way Up To Heaven, Georgy Porgy, Royal Jelly, The Sound Machine, Taste, Parson's Pleasure, Claud’s Dog, and The Landlady.
In one of the stories, Man From The South, the readers are introduced to Carlos, an elderly man who dares an American boy to strike his lighter ten times consecutively, offering him his green Cadillac if he was able to do so. However, the boy would get his pinky chopped off, if he couldn’t strike the lighter ten times in a row. Another story in this book, Mrs. Bixby And The Colonel’s Coat keeps the reader highly amused. It’s based on Mrs. Bixby who had an affair with the Colonel living in Baltimore, whom she visited once every month. The Colonel gifts Mrs. Bixby a mink coat, which she can’t sell off, and is left in a mess as she fears her husband questioning her.
Apart from humor, The Best Of Roald Dahl also has a horror story, The Landlady, which revolves around a young man, who on a certain trip, drops by at a restroom where a highly optimistic landlady desires to put an end to his life. All in all, this series of short stories by Dahl is a must-have for individuals of all groups.

About Roald Dahl
Roald Dahl was a renowned author, poet, fighter pilot, and screenplay writer. Apart from this book, Dahl had written a number of other books, and some of his popular literary works include Charlie And The Chocolate Factory, James And The Giant Peach, George’s Marvellous Medicine, and Fantastic Mr. Fox.
Dahl was born on the 13th of September 1916, in Llandaff, Cardiff, Wales. He completed his schooling from Repton School, Derbyshire. Through the course of his school days, Dahl was never considered to be an exceptional writer, however, he performed well at sports. He was also a part of the Royal Air Force, where he served as a flying ace and intelligence officer during the Second World War. In the 1940s, Dahl began to rise to fame with the publishing of several novels for both children and adults, making him one of the bestselling authors in history. In the year 2008, Dahl was placed at the 16th position on the list named The 50 Greatest British Writers Since 1945 by The Times. He passed away on the 23rd of November, 1990, in Oxford, England, at the age of 74.

Roald Dahl (13 September 1916 – 23 November 1990) was a British novelist, short story writer, poet, screenwriter, and fighter pilot. His books have sold more than 250 million copies worldwide. Born in Wales to Norwegian parents, Dahl served in the Royal Air Force during the Second World War, in which he became a flying ace and intelligence officer, rising to the rank of acting wing commander. He rose to prominence in the 1940s with works for both children and adults and he became one of the world's best-selling authors. He has been referred to as "one of the greatest storytellers for children of the 20th century". His awards for contribution to literature include the 1983 World Fantasy Award for Life Achievement, and the British Book Awards' Children's Author of the Year in 1990. In 2008, The Times placed Dahl 16th on its list of "The 50 greatest British writers since 1945".