The book is a memoir of Humbert Humbert, a well educated middle-aged literature professor with a history of mental illness and an disturbing fondness for young girls. Humbert begins his story by describing his peaceful childhood in Riviera. As a thirteen year old, Humbert falls in love with a twelve year old girl named Annabel Leigh, who died four months later. As time goes by, he marries an adult woman but becomes consumed by his sexual desire for adolescent girls.

The protagonist, Humbert, later moves to America and becomes a paying guest at a widow’s home. The widow, Charlotte Haze, has a twelve year old daughter named Dolores (also known as Lolita) and Humbert becomes obsessed with her. Meanwhile, Charlotte falls in love with Humbert, who marries her in order to remain incestuously close to his step-daughter. Humbert writes all his desires and passions down in a journal, which Charlotte eventually finds. She becomes furious but almost immediately dies in an accident. Humbert then takes Lolita and makes a road trip. The novel then goes on to describe the relationship the two of them share, which is gruesome, overwhelming, paedophilic, immoral, and sometimes both comical and horrifying.

Lolita is a tragicomedy novel with vivid expressions, incredible characterization, dark humour, and complex yet beautiful writing. It is filled with double entendres, anagrams, coinages, and multilingual puns. Vivian Darkbloom, a character from Lolita, is an anagram of Vladimir Nabokov, the writer.

Lolita, when first published in 1955, caused an uproar. It became entangled in censorship issues because of its controversial theme. However, with time Lolita has become a classic and is known to be one of the most popular and controversial books of the 20th century. Time's 100 best English-language novels from 1923 to 2005 has Lolita on the list. In the 1998 list of the Modern Library's 100 Best Novels of the 20th century, the novel takes fourth place. It also has secured a position as one of The 100 Best Books of All Time. Lolita has been adapted to film twice, once in 1962 by Stanley Kubrick, and by Adrian Lyne in 1997. It has also been performed on stage as operas, ballets, and a Broadway musical. 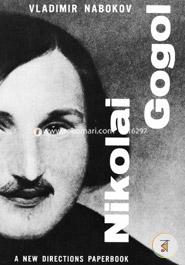