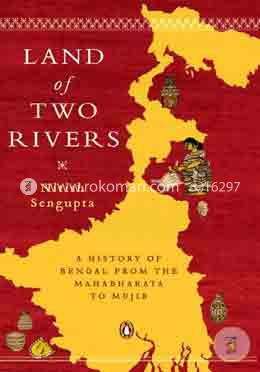 Summary of the Book
Land of Two Rivers: A History of Bengal provides an incisive look into the history of Bengal, one of the most fascinating and influential regions in the Indian subcontinent. Located at the confluence of two major rivers, Ganga and Brahmaputra, Bengal has been the center of trade, learning and the arts for the longest time. In the medieval era, the rise of Muslim dynasties in Bengal brought into being a unique culture which was very different from that of northern India. The British colonization in the 18th century further transformed the social and economic structure of the region. In this book, the author traces the formation of Bengali identity through the Bengal Renaissance, the growth of nationalist politics and partition of Bengal in 1947. This book will make for an engaging and informative read for those interested in the history of Bengal.

About Nitish Sengupta
Nitish Sengupta has represented India at various UN bodies and was elected Chairman of the UN Commission on Transnational Corporations. He was elected to the 13th Lok Sabha and served as a member of several important committees. Nitish was also general secretary of the All India Trinamool Congress. He studied history at the Presidency College, Kolkata and is a regular columnist in leading newspapers. He has authored several books, including History of the Bengali-speaking People, Dr B.C. Roy: Biography, Unshackling of Indian Industry, Government and Business, Inside the Street Frame and My Times: A Civil Servant Remembers. He is currently based out of Delhi.