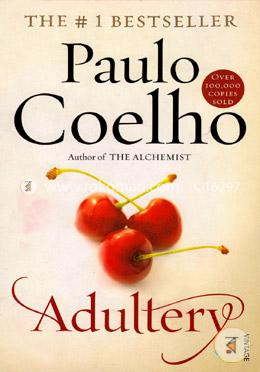 Summary of the Book
Linda is in her thirties and is facing a crisis mentally and emotionally. She begins to question the void that was growing in her, the mundane, predictable days of her life. Although her life seemed perfect in everybody’s eyes – a contented marriage, adorable children and a successful career - she feels a keen sense of emptiness and displeasure. But it all drastically changes when she meets a prosperous politician who happens to be her high-school boyfriend from years ago. As Linda revives the passion that was absent in her life, she would have to make a life-altering choice.

About Paulo Coelho
Paulo Coelho was born in Rio de Janeiro in 1947. He had previously worked as a composer, journalist and as an author and director for the theatre, all of which happened before he dedicated his life to writing books. His works have been published in over 168 countries and have been translated into more than 80 other languages. Coelho’s major success, The Alchemist, remains to be the highest selling book ever written by a Brazilian. Paulo was chosen to the Brazilian Academy of Letters in the year 2002. In the year 2007, he was named as a United Nations Messenger of Peace. Some his other notable works are Eleven Minutes, Veronika Decides to Die, Like the Flowing River, Manuscript Found in Accra, and Brida.