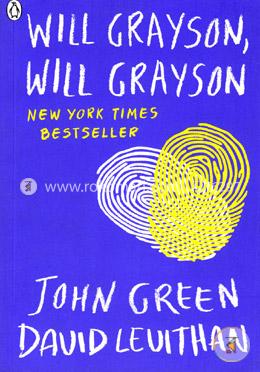 Summary of the Book
This is a story about two young boys in an unlikely corner of Chicago who are about to meet. The catch is that both the boys go by the name of Will Grayson. Whether this is coincidence or fate is up to the reader to decide. Both boys find their lives going in a direction that is not expected. They later seem to find that their lives are slowly becoming entwined since the day of their meeting. The story turns out to be a good humored and epic production of history’s most fabulous high school musical.

About the Author
John Green
John Green’s first novel was looking for Alaska which won him the 2006 Michael L. Printz Award presented by the American Library Association. His next novel, Paper Towns, is a New York Times bestseller and won the Edgar Allen Poe Award.

David Levithan
David Levithan is a children's book editor and award winning author. He published his first book Boy Meets Boy in 2003. He is the Founding Editor of PUSH which is a young adult imprint of Scholastic Press.

John Michael Green (born August 24, 1977) is an American author, vlogger, writer, producer, actor and editor. He won the 2006 Printz Award for his debut novel, Looking for Alaska, and his sixth novel, The Fault in Our Stars, debuted at number one on The New York Times Best Seller list in January 2012. The 2014 film adaptation opened at number one on the box office. In 2014, Green was included in Time magazine's list of The 100 Most Influential People in the World. Another film based on a Green novel, Paper Towns, was released on July 24, 2015. Aside from being a novelist, Green is also well known for his YouTube ventures. In 2007, he launched the VlogBrothers channel with his brother, Hank Green. Since then, John and Hank have launched events such as Project for Awesome and VidCon and created a total of 11 online series, including Crash Course, an educational channel teaching literature, history, and science, later joined by courses in economics, US government, astronomy, politics, and philosophy.