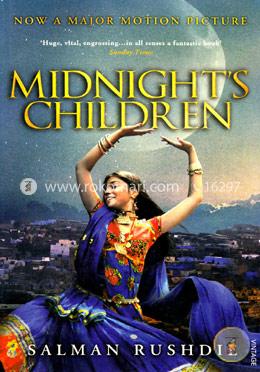 In Midnight’s Children, Saleem, the protagonist, has been endowed with telepathic powers as a result of the unusual time that he was born, and these powers allow him to connect with one thousand other such children who were born at that hour. Besides Saleem, the readers are introduced to other characters as well, two of them being Shiva and Parvati, who are also endowed with mysterious powers as a result of being born at that particular time in India’s history. Saleem assembles all of these characters telepathically, and they attempt to understand the relevance of their gift.

The story is based on actual historical facts as well as fiction, and provides the readers with a great deal of insight into the lives of people who lived during the Partition of India. Midnight’s Children highlights the plight of the people and the problems faced by the leaders as well.

About Salman Rushdie
Salman Rushdie is a renowned novelist and essayist of British Indian descent. Apart from this book, Rushdie has also written The Ground Beneath Her Feet, Luka And The Fire Of Life, Haroun And The Sea Of Stories, and The Enchantress Of Florence.

Rushdie was born on the 19th of June, 1947, in Bombay, British India. He completed his schooling from Cathedral and John Connon School, Mumbai, and later went on to pursue his degree in History from King’s College, University of Cambridge. Rushdie has been awarded several times for his immense contribution to the field of Literature. Some of his notable awards include the Booker Prize For Fiction, Author Of The Year, and Arts Council Writer’s Award. He was Knighted in 2007 for his contribution to Literature, and was also awarded the Commandeur de l'Ordre des Arts et des Lettres in 1999. He has been married four times, and currently resides in New York City.

Sir Ahmad Salman Rushdie, FRSL (born 19 June 1947) is a British Indian novelist and essayist. His second novel, Midnight's Children (1981), won the Booker Prize in 1981 and was deemed to be "the best novel of all winners" on two separate occasions, marking the 25th and the 40th anniversary of the prize. Much of his fiction is set on the Indian subcontinent. He combines magical realism with historical fiction; his work is concerned with the many connections, disruptions, and migrations between Eastern and Western civilizations. His epic fourth novel, The Satanic Verses (1988), was the subject of a major controversy, provoking protests from Muslims in several countries. Death threats were made against him, including a fatwā calling for his assassination issued by Ayatollah Ruhollah Khomeini, the Supreme Leader of Iran, on 14 February 1989. The British government put Rushdie under police protection.