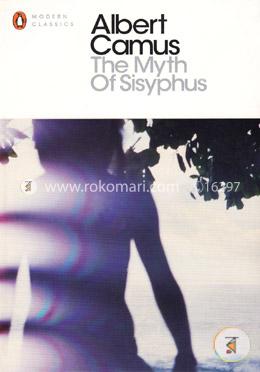 Summary of the Book
Is life worth living? If life does not possess any significance when confronted with the reality of human existence, is suicide our only alternative? In the essay, Camus introduces the readers to his philosophy of the absurd where man’s futile search for meaning, unity and clarity is questioned. The author states that to realize the reason for our existence, we need to break the norms of normalcy and revolt. During the course of the book, Camus outlines numerous approaches to the absurd life. The author compares the absurdity of human life with the situation of Sisyphus, a Greek mythological figure who was condemned to forever repeat a meaningless task of pushing a boulder up a mountain only to see it roll down again.

In a very engaging and interesting manner, the author states that humans should embrace the absurd. By embracing the absurd, it means that we accept all the unreasonable things that the world has to offer. Camus arrives at three consequences from the full acknowledgement of the absurd, revolt, freedom and passion. How then should the absurd man live? What is the purpose of life? Is suicide the answer to all the problems in life? Through a philosophical series of questioning, this book truly depicts life in a unique and refreshing manner. The book is for all those people who are interested in the philosophy of existentialism, this book will truly engage the readers till the last page.

Camus has drawn some very powerful consequences about life and mortality. Knowing the fact that one day all of us are going to die is a great liberator. Therefore traditions accepted as morals, ethics accepted as habits, all cease to be less important when we know that our time on the planet is limited. An oversimplified version of the essay is that man is only a small part of a vast and endless universe and that the most a man can do is to live their life to the fullest at every moment.

About Albert Camus
Albert Camus is a popular author, journalist and philosopher. His views greatly contributed to the rise of the philosophy known as absurdism. His other books include The Fall, The Plague, The Guest, The Adulterous Woman, and A Happy Death. Camus had a short marriage to Simone Hie, the daughter of a wealthy opthalmologist in 1934, and divorced her in the year 1936. He married Francine Faure, a mathematics instructor with whom he had twins named Catherine and Jean. Though he battled a lot of sickness and political turmoil, one of the highest points in his life was when he was awarded the Nobel Prize for literature in the year 1957. Albert Camus died on January 4, 1960, near Sens, France in a car accident.

Albert Camus ( 7 November 1913 – 4 January 1960) was a French philosopher, author, and journalist. His views contributed to the rise of the philosophy known as absurdism. He wrote in his essay The Rebel that his whole life was devoted to opposing the philosophy of nihilism while still delving deeply into individual freedom. He won the Nobel Prize in Literature in 1957. Camus did not consider himself to be an existentialist despite usually being classified as a follower of it, even in his lifetime. In a 1945 interview, Camus rejected any ideological associations: "No, I am not an existentialist. Sartre and I are always surprised to see our names linked. Camus was born in French Algeria to a Pied-Noir family and studied at the University of Algiers, from which he graduated in 1936. In 1949, Camus founded the Group for International Liaisons to "denounce two ideologies found in both the USSR and the USA". 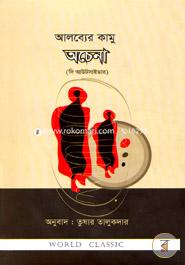