The Ocean of Mrs Nagai (Paperback) 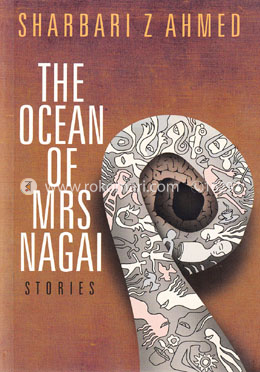 The Ocean of Mrs Nagai (Paperback)

Sharbari Zohra Ahmed’s stories are spread across continents, involving characters from an old Japanese woman to a Bangladeshi child making friends with downtrodden kids in Ethiopia, to an adopted American woman of Bangladeshi origin. In other words, these are stories of cultural encounters.

The title story is about Mrs. Nagai, an elderly and amicable Japanese woman whose husband was an ex-Japanese soldier during the Second World War. It incorporates conflicting narratives of the war, without tilting to any one side, but it is through Mrs. Nagai’s character that readers see the war in a new light. In ‘Pepsi’, a culturally alienated Bangladeshi girl whose father is a diplomat in Ethiopia spends time with a bunch of poor kids living across the street only to see them evicted as a consequence of this friendship. ‘Raisins not Virgins’ is a witty love story that pivots around a Bangladeshi American couple in New York City. While the man stands vehemently against repressive US policies against Muslims the world over, the woman reprimands conservative Islamic ideologies. ‘Alexander Detained’ is particularly important for it shows what it means to be a Muslim in the US following the 9/11 attacks and imagines a dystopia that is not so outlandish.

What makes these stories stand out from the very beginning is their tonality, which is fresh and challenges agreed-upon perceptions of the world. She often uses humour to illuminate human frailty. Her characters are vividly described and her awareness of current international politics is engaging, to say the least.

Sharbari Zohra Ahmed received an MA in creative writing from New York University. Her fiction has appeared in The Gettysburg Review, Caravan Magazine, Catamaran, and the Asian Pacific American Journal. Her short fiction was published in the anthologies The New Anthem: A Subcontinent in its Own Words, (Tranquebar, 2009) and Lifelines (Zubaan, 2012). In 2003, she won the First Words Literary Award for her short story Raisins Not Virgins, which she adapted into a stage play that was produced in Boston, Los Angeles, New York City (The Workshop Theater Co and The Lark Theater) and Dhaka. Her screenplay for Raisins Not Virgins was selected for the 2008 Tribeca Film Festival All Access Program. She is a regular columnist at the Weekend Magazine of The Daily Star - the widest read English language daily in Bangladesh, and teaches English Composition at Norwalk Community College in Norwalk, Connecticut. The Ocean of Mrs. Nagai is her first collection of short stories. She is currently working on her first novel Yasmine.