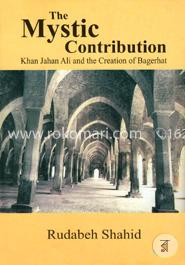 ‘Facts are many, but the truth is one.’
These are the words of Rabindranath Tagore, the first Asian Nobel Laureate. Indeed, the facts relating to the conversion of present day Bangladesh to Islam has been a major source of contention among modern historians. Rudabeh Shahid investigates the life of Khan Jahan Ali of Southern Bengal and upholds the region’s Islamic identity. This book should be comprehensible for readers of all ages and backgrounds.
The sufis and saints played a significant role in the life and culture of the people of Bangladesh. Most books relating to the spread of Islam in the Indian sub-continent deal with military conquests. However, the role of Muslim mystics spreading Islam across the Muslim World has its own rich tradition. In Bagerhat, Khan Jahan Ali’s spiritual presence is quite obvious for the last four hundred years and there are various folklore and miracles attributed to the saint and his followers. Unfortunately, these stories have no concrete evidence and the primary sources on the life of Khan Jahan Ali is inadequate which makes it difficult to say much about him with certainty.
Shahid’s investigation of the expansion of Muslim society in Southern Bengal may open up a new area of research for future generations. This book briefly discuses in the first instance some of the theories of conversion to Islam in medieval Bengal, origin of the name Bagerhat and Khan Jahan Ali’s arrival and works in the region. The author then goes into details of the architectural designs of Khan Jahan’s tomb and the Shait Gumbad Mosque. Our generation shall benefit from studying the contributions of Khan Jahan Ali, who is a very revered saint of Bangladesh. Undeniably, the legacies of Sufi saints, such as Khan Jahan Ali will pave the way for a better understanding of our own cultural heritage. We can legitimately take pride in the way the Sufi saints have upheld the diversity and co-existence of humanity for centuries in Bangladesh.
Professor K.M. Mohsin
Department of History
University of Dhaka, Bangladesh
Rudabeh Shahid is a Bangladeshi-American . She is currently completing her undergraduate studies at Middlebury College in the United States, majoring in Economics and Religion. Her academic interests lie in history and spirituality of South Asia and the Middle East. Rudabeh has spent time exploring mosques, churches, temples, shrines and other places of worship in different parts of the world. She intends to pursue a career in International Politics. In her leisure time, Rudabeh enjoys watching historical documentaries and traveling across the North American landscape. 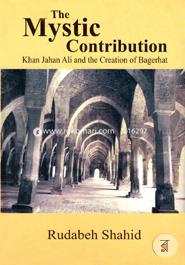