Sing In with your email

Your order has been placed

We took your pre order. This product will be available from 4th May, 2016. You will receive your product after that. Email to [email protected] or call 16297 for details. 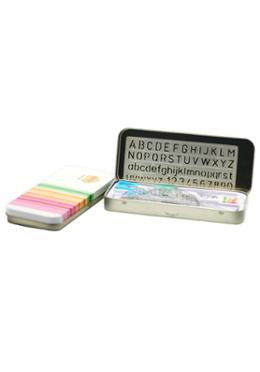 Thank you for your participation.
Not Saved. Please try again later.

Perfect professional drawing or drafting stationery tool And Cheap Price. Great gift for students back to school from the holiday. Geometry Box is a Mathematical Drawing Instruments. Look inside for timetable And Formula sheet.
Plane (or Euclidean) geometry is the branch of mathematics that studies figures (such as points, lines, and angles) constructed only with the use of the straightedge and the compass. It is primarily concerned with such problems as determining the areas and diameters of two-dimensional figures. To determine geometric designs four important tools of geometry compass, straightedge, protractor, and ruler are used. Technically a true geometric construction with Euclidian tools, originally used by the ancient Greeks, uses only a compass or a straightedge. The ruler and protractor were later inventions. Today, the study of geometry is an essential part of the training of such professionals as mathematicians, engineers, physicists, architects, and draftspersons.

As early as 2000 b.c.e. geometers were concerned with such problems as measuring the sizes of fields and irrigation systems, and laying out accurate right angles for corners of buildings and monuments. Greek mathematician Euclid (c. 300 b.c.e.) and other geometers formalized the process of building geometrical figures with the use of specific tools. The ancient Greeks introduced construction problems that required a certain line or figure to be constructed by the use of the straightedge and compass alone. Simple examples are the construction of a line that will be twice as long as another line, or of a line that will divide a given angle into two equal angles.

Basic Tools:
Straightedge: A straightedge is a geometric tool used to construct straight lines. It contains no marks. As the name says, it is a "straight edge." A ruler can be used as a straightedge by simply ignoring the measuring marks on it.

Ruler: A ruler is a geometric tool used to measure the length of a line segment. A ruler is basically a straightedge with marks usually used for measuring either inches or centimeters. To use a ruler, place the zero mark on the point to begin the measurement. To stop measuring, look at the mark on the ruler that lies over the point at which the measurement is to end.

Compass: A compass is a V-shaped tool used to construct circles or arcs of circles. (See sketch below on left.) One side of the ""V"" holds a pencil and the other side is a point. The point anchors the compass at one location on the paper as the tool is turned so the pencil can trace circles, arcs, and angles. A compass is adjustable: the setting determines how far away from the point the arc would be located. Once the user determines the correct setting the compass is turned around its anchoring point so that the pencil creates a mark, an arc, or a full circle.

Established in 1998, Matador Ball pen Industries is the largest ball pen manufacturer in Bangladesh. We are proud to say that we are the largest Disposable Pen maker in ASIA having a capacity of making 1.6 million Disposable pens per day. Apart from disposable pens, we make refillable ball pen and gel pen with various ball diameters and ink colors to meet our customers' requirements.
Matador has created an uncontested marketplace in Bangladesh through value innovation. We have redefined the core value of a pen introducing OIL GEL SYSTEM (OGS) and still developing trendy products innovating various augmented values. Innovative product development has enabled us to serve some MNCs as well as some reputed local and international buyers. We are already exporting our pens to Middle East, Africa and some parts of Asia and Europe.

Great offers, Direct to your inbox and stay one step ahead.

Get to know us

Rokomari.com is now one of the leading e-commerce organizations in Bangladesh. It is indeed the biggest online bookshop or bookstore in Bangladesh that helps you save time and money. You can buy books online with a few clicks or a convenient phone call. With breathtaking discounts and offers you can buy anything from Bangla Upannash or English story books to academic, research or competitive exam books. Superfast cash on delivery service brings the products at your doorstep. Our customer support, return and replacement policies will surely add extra confidence in your online shopping experience. Happy Shopping with Rokomari.com!