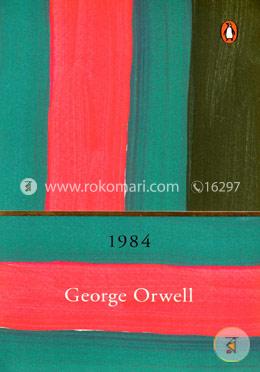 '1984' Summary of the book
The story unfolds on a cold April day in 1984 in Oceania, the totalitarian superpower in post World War II Europe. Winston Smith, employed as a records (no, not vinyl) editor at the Ministry of Truth, drags himself home to Victory Mansions (nothing victorious about them) for lunch. Depressed and oppressed, he starts a journal of his rebellious thoughts against the Party. If discovered, this journal will result in his execution. Now that’s playing with fire. For the sake of added precautions, Winston only writes when safe from the view of the surveying telescreens. And when that shot of industrial grade "Victory Gin" kicks in.
At work, Winston becomes curious about "the brunette" (a.k.a. Julia), a machine-operator in the Fiction Department. Although at one time he feared that she was a member of the Thought Police, all such paranoia ends when she slips him a note reading "I love you" in the corridor one day. The two begin a secret love affair, first meeting up in the countryside, and then in a rented room atop Mr. Charrington’s shop in the prole district. All of these places are away from surveillance – or so they think.
As Winston and Julia fall deeper in love, Winston’s views about their government (the Party) change. There’s something about Ingsoc that doesn’t seem quite right – is it the manipulation? The changing of history? The all-around sketchiness? Winston is drawn to the revolutionary "Brotherhood" because, well, they’re revolutionary. Eventually, Winston makes contact with O’Brien, who Winston thinks is a member of the Brotherhood, but who in actuality is a member of the Thought Police. O’Brien arranges for Winston to receive a copy of "the book," a resistance manifesto which supposedly exposes the how and the why for the resistance.
Unfortunately, Winston never finds out the why. Instead, he gets tortured. But before the torturing, he and Julia are apprehended by the Thought Police. Turns out that secret hiding place wasn’t so secret after all. The happy couple is then brought to the Ministry of Love, where criminals and opponents of the Party are tortured, interrogated, and "reintegrated" before their release and ultimate execution. O’Brien runs the show as far as Winston’s torture sessions are concerned.
Months later, Winston is sent to Room 101, where a person is faced with his greatest fear. Rats…why did it have to be rats? Musing on the impending rats-chewing-on-his-face scenario, Winston calls out, "Do it to Julia!" That’s pretty much what O’Brien was looking for, so Winston gets to go back to being a happy member of the rat race. Released, Winston’s heart is filled with love for the Party. Even when he and Julia meet again by chance, they feel apathetic towards each other. The last man in Europe has been converted and destroyed. Quite the fine point there, George. (shmoop.com)