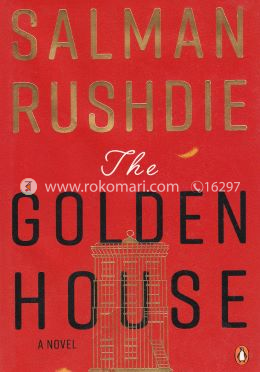 On the day of Barack Obama's inauguration, an enigmatic billionaire from Bombay takes up residence in a cloistered community in New York's Greenwich Village. Along with his improbable name, untraceable accent and unmistakable air of danger, Nero Golden has brought along his three adult sons: agoraphobic, alcoholic Petya; Apu, the flamboyant artist; and D, who harbours an explosive secret even from himself. The story of the powerful Golden family is told from the point of view of their neighbour and confidant, Ren, an aspiring filmmaker who finds in the Goldens the perfect subject. Ren chronicles the undoing of the house of Golden: the high life of money, of art and fashion, a sibling quarrel, an unexpected metamorphosis, the arrival of a beautiful woman, betrayal and murder, and far away, in India, the unravelling of an insidious plot. Copiously detailed, sumptuously inventive, brimming with all the razzle-dazzle that imbues his fiction with the lush ambience of a fable, The Golden House is about where we were before 26/11, where we are today and how we got here. The result is a modern epic of love and terrorism, loss and reinvention-a powerful, timely story told with the daring and panache that make Salman Rushdie a force of light in our dark new age.

Sir Ahmad Salman Rushdie, FRSL (born 19 June 1947) is a British Indian novelist and essayist. His second novel, Midnight's Children (1981), won the Booker Prize in 1981 and was deemed to be "the best novel of all winners" on two separate occasions, marking the 25th and the 40th anniversary of the prize. Much of his fiction is set on the Indian subcontinent. He combines magical realism with historical fiction; his work is concerned with the many connections, disruptions, and migrations between Eastern and Western civilizations. His epic fourth novel, The Satanic Verses (1988), was the subject of a major controversy, provoking protests from Muslims in several countries. Death threats were made against him, including a fatwā calling for his assassination issued by Ayatollah Ruhollah Khomeini, the Supreme Leader of Iran, on 14 February 1989. The British government put Rushdie under police protection.