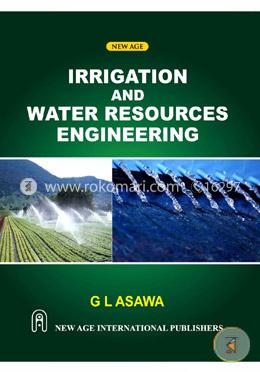 "Irrigation and Water Resources Engineering" Summary Of The Book:
This book is about the principles of irrigation and also discusses its general features along with water resources engineering.
Irrigation and Water Resources Engineering talks about the revolutionary improvements and advancements in the field. The book starts off with an elaborate introduction on irrigation along with a discussion on its effects on the human environment, the different water resources in India. The book also discusses the need and development of irrigation in the country, the different kinds of irrigation schemes available, planning of various irrigation projects along with details on crops and crop seasons.
The chapters in the book include Hydrology, Soil-Water Relations and Irrigation Methods, Groundwater and Wells and Canal Irrigation. The book also has chapters on the Management of Canal Irrigation, Hydraulics of Alluvial Channels, Design of Stable Channels and Canal Regulation Structures. The book then proceeds on with detailed chapters on Cross-Drainage Structures, Rivers and River Training Methods, Canal Head Works, Planning of Water Resource Projects, Embankment and Gravity Dams and Spillways.
Irrigation and Water Resources Engineering is written by G L Asawa. It was published by New Age Publishers in 2008 and is available in paperback.

Key Features:
*This book has 16 chapters discussing key aspects of the subject.
*The author has included solved and unsolved exercises at the end of
*each chapter along with a list of references.