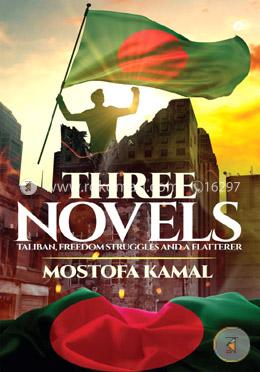 Taliban, Pak Colonel and a Young Lady The prophetic prudence of the novelist has come true in the recent turmoil of Pakistan. In this novel, he has depicted the obvious historical consequences of a country that has indulged in letting fanaticism sprawl wayward. One has to take a longer look at the history of a country to find traces of such things. The horror that was committed in Pakistan, on the 16th of December 2014, is foreshadowed in this novel. The setting of this novel has been appropriately handpicked. The hugger-mugger state of politics in Pakistan has proved detrimental to its populace. Flaming Eventide This is about the freedom struggles in Bangladesh and their aftermath. It shows how opportunists became powerful and then misruled the country. This is a story of how a freedom-fighter family was made victim by the anti-liberation forces. The Flatterer This is a satirical novel. Flattery is art used by shrewd and less competent people to gain worldly ends. They use it as a ladder to go higher up. They try to satisfy their bosses with words of praise and show excessive modesty that goes beyond usual human behavior, making it look odd. Yet, this seems to take center stage in office decorum everywhere.