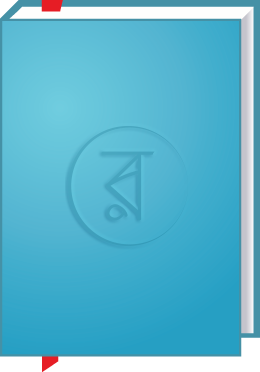 The Alchemist A novel rich in metaphors and symbolism, The Alchemist is a story based on the adventures of a young shepherd boy, who, upon deciding to follow his prophetic dreams, sets on a treasure hunt. This journey introduces him to some remarkable people who leave an indelible and profound mark on him. Summary Of The Book: The Alchemist was first published in 1988. The protagonist of the story, a young Andalusian shepherd boy named Santiago, is plagued with recurring dreams, wherein a mysterious child urges him to look for buried treasure at the base of the Egyptian pyramids. Determined, he leaves Spain and heads towards Egypt. En route, he meets the King of Salem, a man named Melchizedek. Melchizedek introduces Santiago to the concept of a ‘Personal Legend’ or a personal map or a quest that guides him to what his heart truly desires. While attempting to cross the Sahara desert on the way to Egypt, he joins a caravan which is driven by an Englishman who is aspiring to be an alchemist. During a stop over in Al-Fayoum, Santiago meets Fatima, a young girl of exceeding beauty who steals his heart. He asks her to marry him, but she declines saying that she will do so only once he has found the treasure he seeks. In the Saharan oasis of Al-Fayoum, Santiago meets a 200 year old alchemist who decides to accompany him on his expedition. He imparts wisdom and valuable knowledge to Santiago, who eventually understands why the supposed treasure keeps evading him. Having sold over 65 million copies worldwide, The Alchemist is marked by its profound simplicity, the easy flow of the story, and the poignant moral it tries to teach the reader, that worldly possessions and extravagance are immaterial when compared to finding your own ‘Personal Legend’. A Tale of Two Cities Summary of the Book The best of times, the worst of times, the age of wisdom, the age of foolishness, the epoch of belief, the epoch of incredulity, the season of Light, the season of Darkness, the spring of hope, the winter of despair, having everything, yet nothing, leading to heaven, yet leading to the other way, the time of the French Revolution was all this and more. In this setting Dickens begins his most famous work, telling the story of the French peasantry demoralized by the French aristocracy in the years leading up to the revolution. Principally the story of Sidney Carton and Lucie Manette, this book follows them and the villainous Madame Defarge to tell a story of darkness, love, forgiveness, revenge and self-sacrifice. 'The Old Man and the Sea' inside of the Book The Old Man and the Sea tells the story of a battle between an aging, experienced fisherman, Santiago, and a large marlin. The story opens with Santiago having gone 84 days without catching a fish, and now being seen as "salao", the worst form of unluckiness. He is so unlucky that his young apprentice, Manolin, has been forbidden by his parents to sail with him and has been told instead to fish with successful fishermen. The boy visits Santiago's shack each night, hauling his fishing gear, preparing food, talking about American baseball and his favorite player, Joe DiMaggio. Santiago tells Manolin that on the next day, he will venture far out into the Gulf Stream, north of Cuba in the Straits of Florida to fish, confident that his unlucky streak is near its end. Animal Farm Inspired by a long-forgotten ballad, two young pigs decide to exact vengeance on their corrupt human rulers. They lead the other farm animals in an epic battle as they oust the farmer and his family, seizing control over the farm. They declare that there will be no more meaningless labour, and that all animals are created equal. However, their “government” soon begins to fall apart as they begin displaying their mistrust for one another. In their attempts to be different from their human masters, they begin to slowly follow their edicts, and slowly their ideals shift. In Animal Farm, there is only one thing that you must remember. All animals are created equal, but some animals are more equal than others.