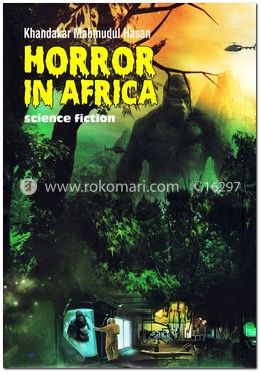 This is a swashbuckling adventure tale as well as an animated science fiction. Full of many suspense and breathtaking excitements, the story is threaded together through an impressive narrative that compels readers to read the book till the end. Far away from his home, a young engineer arrives in Africa for his job at a petroleum exploration company. He encounters a monstrous creature that nobody has ever heard before and faces extreme danger in the deep jungle of Cameroon. Soon the young engineer, enmeshed in many incidents, loses his track in the jungle along with his companion. Unbelievable events follow them as they save themselves from imminent death just for their ready wit. Its end would seem incredible to readers. With true references, it chronicles actual culture, geography and climate of all the places and depicts life and struggle of a human race that lives in the deep jungle, far from the civilized world. This exciting account also provides many information and theories of the scientific world, as well as touches some humanitarian issues. However, the most striking feature of this wonderful tale is it would seem to readers—from whatever part of the world they read this book—that they have also reached the deep jungle of Africa, and will also seek a way out of it.

From Hebrew to Jews