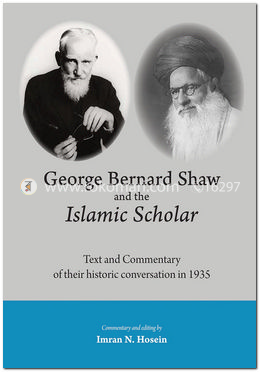 This Book is the text of a conversation between the famous European playwright and intellectual, George Bernard Shaw, and the famous Islamic scholar and missionary, Maulana Abdul Aleem Siddiqui. They met in Mombasa, in British-occupied Kenya, 65 years ago on April 17, 1935.
Shaw, the literary genius, rationalist and intellectual, was a perfect representative of the new essentially godless Euro-world order that had cloaked itself in the mantle of 'humanism'. That world order emerged in the wake of the transformation of Europe from Christendom into a 'one-eyed' secular society, and the empowerment of Europe through the scientific, technological and industrial revolutions. By 1935 it had already imposed its godless rule upon the rest of mankind 'at the point of the sword', and had made considerable progress in its new crusade of globalization to establish one global godless world.

The Quran, Dajjal and the Jasad

The Caliphate the Hejaz and the Saudi-Wahhabi Nation-State

The Quran and The Moon