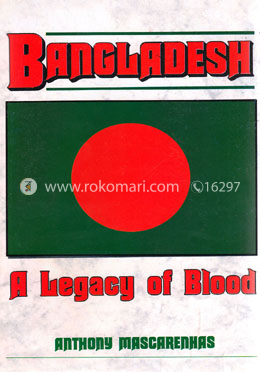 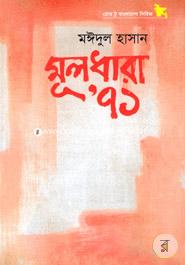 "Bangladesh : A Legacy of Blood" Summary of the book :
Bangladesh: A Legacy of Blood is a book written by journalist Anthony Mascarenhas. The book chronicles the bloody coups and uprisings in the post-independence Bangladesh. The book focuses on the two towering figures of Bangladeshi politics, Sheikh Mujibur Rahman and Ziaur Rahman. They are popularly credited as two key architects of modern Bangladesh and the rule of each was ended by assassination.
The book is written in an engaging style, and treats the coups/assassinations and their plotters in great detail. A section of black-and-white photographs depict the slain Sheikh Mujibur Rahman, the slain General Ziaur Rahman, plotters behind various coups, politicians and some photocopies of documents and an official gazette related to the many coups this South Asian country has suffered.

In its jacket, the book promises that it has "revealed" issues like who killed Mujib (the first prime minister of Bangladesh), who was responsible for the jail killings in Bangladesh, and how General Zia was assassinated. Written in 13 chapters and an index, the book also contains a list of officers convicted by General Court Martial and hanged for the assassination of President Ziaur Rahman.
In a November 1985 preface to the book, Mascarenhas writes: "This is a true story; in many ways a text book of Third World disenchantment. On the 16th of December, 1971, the state of Bangladesh (population 70,000,000) was born at the end of a nine-month liberation struggle in which more than a million Bengalis of the erstwhile East Pakistan died at the hands of the Pakistan army. But one of the 20th century's great man-made disasters is also among the greatest of its human triumphs in terms of a people's will for self-determination." Mascarenhas describes his
own book thus: "This book is the unvarnished story of their (the early leaders of Bangladesh) times, essentially the sad history of the first 10 years of Bangladesh. It is based on my close personal knowledge of the main protagonists; on more than 120 separate interviews with the men and women involved in the dramatic events; and on official archives and documents which I had the privilege to inspect personally. The dialogue, whenever used, is a faithful reproduction of the words which my informants said they actually used during the events in which they were involved."
David Taylor, a South Asia expert, praises the book's "attention to detail and narrative" although he suggests that it is short on interpretation and treats certain episodes of lesser importance in "excessive length".

Mascarenhas is a veteran journalist, associated with Bangladesh from the start of its freedom struggle. In 1971, he left Pakistan to expose in The Sunday Times the atrocities committed by the Pakistan Army in the region now known as Bangladesh. He continued as a reporter for The Sunday Times for 14 years and subsequently as a freelancer. He was born in Goa, educated in Karachi and worked for many years as a journalist in India, Pakistan and the UK. He died in 1986 at the age of 58.
This book was published in 1986 by Hodder and Stoughton, with a coverprice of UKP 4.95 net in the UK. There may be an earlier printing in 1985. It is devoted "to Yvonne and our children -- who have also paid the price". A Bengali language translation of the book was released in the late 1990s in Bangladesh, with the title Bangladesh: Rokter Rin.(goodreads)