The Hound of The BaskerVilles (Paperback) 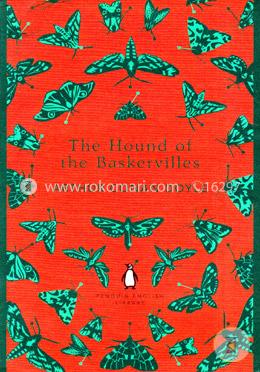 The Hound of The BaskerVilles (Paperback)

'The Hound of The BaskerVilles' SUmmary of the book
Everyone thinks a ghostly, killer dog, which has haunted the Baskerville family for generations, killed Sir Charles. Sir Henry, Charles's only heir has come back to England to claim his new money and mansion in the creepy countryside. But first, Henry asks Sherlock Holmes to clear up the haze surrounding his uncle's death.
In London, weird things happen to Henry: he gets a note warning him not to come to the mansion, two of his shoes are stolen, and a bad guy follows him. Holmes tells Watson to go the countryside with Henry to keep an eye on him. Watson notices strange things going on in the mansion. Henry falls in love with Beryl, his hot-looking neighbor, but her brother, Jack, gets mad.
Watson gathers clues and writes reports to Holmes, who is supposed to be in London. But Watson discovers that Holmes has been secretly hanging around, checking things out. Holmes is pretty sure the killer is Jack who used the legend of the ghostly, killer dog to scare Charles to death. Holmes is sure Jack has something up his sleeve to do away with Henry.
It turns out, Jack is really Henry's uncle, though he keeps his mouth shut about it, so no one will know he is out to get the Baskerville money and mansion. And Beryl is really his wife. Jack used a real-live dog dabbed with glow-in-the-dark paint to scare Charles to death. Jack was the bearded man trailing Henry through London. He stole Henry's shoe to give the dog his scent. Jack also locked Beryl in her hotel room, but she figured out a way to send Henry a warning to stay away from the mansion.
Finally, Jack lures Henry to his house at night, and when Henry is walking home, Jack sicks his mad-dog after him. Holmes shoots the dog in the nick of time and chases Jack into a swampy maze of quicksand, where Jack falls and sinks to his death. (schoolbytes.com)