Ruhul lives with his family in a small but hut next to the runway of the international airport. His mother struggles to support the family by selling milk from a cow bought with a micro credit load. His sister works long hours in a factory stitching clothes from export. Over a month has passed since Ruhl's father left for a job in the Middle East, but no one has heard from him since. A madrasa dropout, Ruhul Spends his days wandering under the shadow of the Planes, aimless and frustrated in his futile efforts to find work. One day at his uncle's cyber cafe he meets Arif, A computer savvy young man who exudes confidence and a sense of purpose. The world Arif introduces him to seems inspiring and new, but soon Ruhul's life spirals into a nefarious netherworld of intolerance, violence and ultimately, death ... Inspired by actual events, 'Runway' is a searing look at the contradictions and complexities of contemporary life. 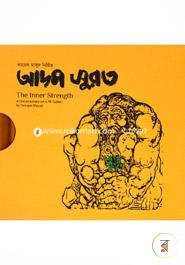