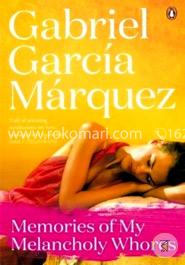 'Memories of my Melancholy Whores' Summary of the book
When Gabriel García Márquez contracted lymphatic cancer in 1999 and published the first volume of his projected three-part autobiography, Living to Tell the Tale (2002), many of his admirers thought this was his swan song, that he would never write fiction again. Now, in Memories of My Melancholy Whores, his first book of fiction in ten years, a novella of a little over one hundred pages, he returns to a fairy-tale form that he has used in short fictions in the past. Some may see this novel as a sort of new breath of life for García Márquez, who seems to have successfully triumphed over his cancer. Others may see it as the perverse dream of an old man who has nothing to look forward to other than death; at the time of the book’s publication, García Márquez was seventy-eight years old. Even before the official publication of Memoria de mis putas tristes in Spain and Latin America, the little book was eagerly anticipated, with street vendors hawking pirated copies. To protect their investment of a million-copy release, the Spanish-language publishers were quick to report that García Márquez had made significant changes at the last minute to the final chapter.
The plot of Memories of My Melancholy Whores is quite simple, summed up in the initial sentence, in which the unnamed, first-person narrator says simply that on his ninetieth birthday he wants to give himself the gift of a riotous night of lovemaking with an adolescent virgin. The remainder of the book recounts the results of this decision by the narrator, a journalist in a Colombian town. The most important result is that the elderly hero does not engage in a night of sexuality with a young girl, but instead sits by her bed, watching her as she sleeps. For the remainder of his ninetieth year he returns to the brothel night after night, continuing to watch the girl sleep, hardly ever touching her and hearing her voice only once. However, he falls helplessly in love with her and, as improbable as it may seem, she ultimately falls in love with him. They finally come together as a most unlikely couple on the last page.
Some critics have chastised the author and the novel’s hero as dirty old men who have no social conscience about the exploitation of young women in developing nations, but it is a misunderstanding of the tradition of Memories of My Melancholy Whores, as well as García Márquez’s obvious intention, to label this a perverted book about an old man’s wicked lust for a teenage girl. As García Márquez has suggested in previous works, visiting a brothel does not have the same unsavory aspect in Colombia as it does in the United States. Indeed, the author of the classic Cien años de soledad (1967; One Hundred Years of Solitude, 1970) has praised the brothels of Bogota, where he studied law, even though he was once beaten up there for failing to pay a prostitute. There is no sordid reality of young women made chattel to men with money in the book. Rather, the story is about enrapt attention, fantasy, the romantic dream of pure ideal love.
Although the protagonist realizes that sex is merely a consolation for not having love, he has never been able to experience love; indeed has never had sex with a woman unless he paid for it. That the final object of his desire is a fourteen-year-old girl has nothing to do with the social issue of preying on the helpless and innocent. Neither love nor sex in this novel has anything to do with social reality; the story is rather a complete romantic idealization of the art-like object of desire. The romantic nature of the old man’s silent observation of the girl as he watches her each night can be compared to the famous metaphor that opens the quintessential Romantic adoration of an untouched objectJohn Keats’s “Ode on a Grecian Urn.” For the young girl in García Márquez’s novel is a frozen work of art, not to be approached if the true nature of ideal romantic love is to be sustained. She is indeed Keats’s “still unravished bride of quietness,” a “foster-child of silence and slow time.” The protagonist knows that he does not want her to awaken, does not want to hear her voice, does not want to see her in daylight but rather wishes only to watch her in silence.