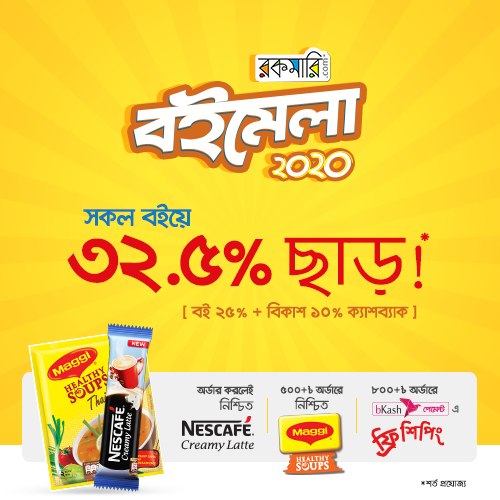 Mariam is only fifteen when she is sent to Kabul to marry Rasheed. Nearly two decades later, a friendship grows between Mariam and a local teenager, Laila, as strong as the ties between mother and daughter. When the Taliban take over, life becomes a desperate struggle against starvation, brutality and fear. Yet love can move a person to act in unexpected ways, and lead them to overcome the most daunting obstacles with a startling heroism.

About the Author
Khaled Hosseini was born in Afghanistan and his family received political asylum in the USA in 1980. He lives in California and he works as a physician. First published in the UK in September 2003 and winner of the Borders Original Voices Award and a New York Times bestseller, The Kite Runner, his first novel, won The Penguin/Orange Broadband Readers' Group Prize three years in a row from 2006.

১৯৬৫ সালে কাবুলে জন্মগ্রহণ করেন। বাবা ছিলেন একজন কূটনীতিবিদ, আর মা ফরাসি এবং ইতিহাসের শিক্ষক। ১৯৭৮ সালের সংঘাতের পর সপরিবারে তার বাবা আমেরিকায় চলে আসেন। রাজনৈতিক আশ্রয় গ্রহণ করেন সেখানে। হোসাইনি পেশায় একজন চিকিৎসক। বর্তমানে তিনি স্ত্রী-সন্তানসহ নর্দান ক্যালিফোর্নিয়ায় বাস করছেন। Khaled Hosseini (Born March 4, 1965) is an Afghan-born American novelist and physician. After graduating from college, he worked as a doctor in California, an occupation that he likened to an arranged marriage. He has published three novels, most notably his 2003 debut The Kite Runner, all of which are at least partially set in Afghanistan and feature an Afghan as the protagonist. Following the success of The Kite Runner he retired from medicine to write full-time. Hosseini was born in Kabul, Afghanistan. His father worked as a diplomat, and when Hosseini was 11 years old, the family moved to France; four years later, they applied for asylum in the United States, where he later became a citizen. Hosseini did not return to Afghanistan until 2001 at the age of 36, where he felt like a tourist in his own country. In interviews about the experience, he admitted to sometimes feeling survivor's guilt for having been able to leave the country before the Soviet invasion and subsequent wars.