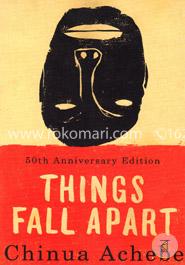 Okonkwo is the greatest wrestler and warrior alive, and his fame spreads throughout West Africa like a bush-fire in the harmattan. But when he accidentally kills a clansman, things begin to fall apart. Then Okonkwo returns from exile to find missionaries and colonial governors have arrived in the village. With his world thrown radically off-balance he can only hurtle towards tragedy. A classic in every sense, Chinua Achebe's stark, coolly ironic novel reshaped both Africa and world literature.

Chinua Achebe ( born Albert Chinụalụmọgụ Achebe; 16 November 1930 – 21 March 2013) was a Nigerian novelist, poet, professor, and critic. His first novel Things Fall Apart (1958), often considered his best, is the most widely read book in modern African literature. Raised by his parents in the Igbo town of Ogidi in South-Eastern Nigeria, Achebe excelled at school and won a scholarship to study medicine, but changed his studies to English literature at University College (now the University of Ibadan).[5] He became fascinated with world religions and traditional African cultures, and began writing stories as a university student. After graduation, he worked for the Nigerian Broadcasting Service (NBS) and soon moved to the metropolis of Lagos. He gained worldwide attention for his novel, Things Fall Apart in the late 1950s; his later novels include No Longer at Ease (1960), Arrow of God (1964), A Man of the People (1966), and Anthills of the Savannah (1987). Achebe wrote his novels in English and defended the use of English, a "language of colonisers", in African literature. In 1975, his lecture An Image of Africa: Racism in Conrad's "Heart of Darkness" featured a famous criticism of Joseph Conrad as "a thoroughgoing racist"; it was later published in The Massachusetts Review amid some controversy. 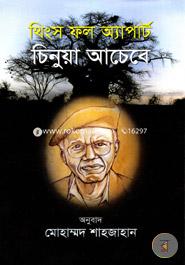