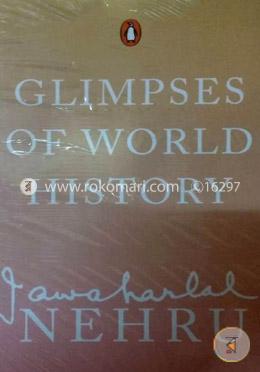 Summary Of The Book
Glimpses Of World History was written by Nehru in 1934, which provides the readers a panoramic sweep of history, comprising 196 letters in total. These letters were written from a number of prisons in British India from 1930 to 1933. The sole objective of these letters was to introduce Nehru’s daughter, Indira, to world history. In his first letter, Nehru tells Indira about his sadness at being unable to send her any material gift from prison. He goes on to tell her that he would give her something he could afford, which was a series of letters, straight from his heart.

Since these letters were written during his time in prison, Nehru didn’t have access to any reference books, but only his personal notes. Through the course of this book, he covers the history of mankind from 6000 BC till the time he wrote this book. He tells the readers about the rise and fall of large civilizations and empires from Rome, Greece, West Asia, and China. He also throws light on several renowned historical figures such as Genghis Khan, Vladimir Lenin, Mohandas K. Gandhi, and Ashoka. One of his chapters talks about Genghis Khan and the Mongol invasion in a way that is against major European views of that time. He mentions that Genghis was, without doubt, history’s greatest military genius and leader, considering Alexander and Caesar petty before Genghis.

He wrote about several cultures in detail, as he wasn’t in favor of the current way history was taught at school. Owing to the fact that history teaching at school revolved only around a particular country, he wrote about world history to his daughter, to help her understand why people did what they did. These letters have been written in an informal manner, packed with contemporary as well as personal experiences.

Nehru was born on 14th November, 1889, in Allahabad, British India. He studied at Harrow, one of England’s leading schools. He then went to obtain an honors degree in natural science from Trinity College, Cambridge, in October 1907. Nehru also studied Law at the Inns of Court School of Law. He was the fore leader of the Indian Independence Movement, under the guidance of Mahatma Gandhi. Nehru was India’s Prime Minister from 15th August 1947, to the day of his death in office on 27th May, 1964.