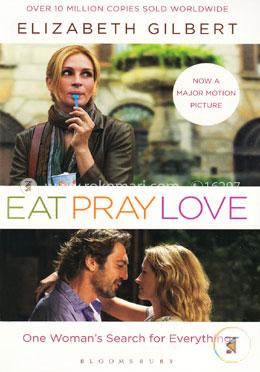 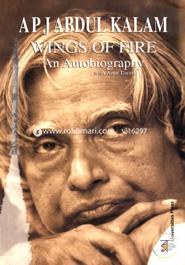 Wings of Fire An Autobiog ...

Elizabeth Gilbert, in her thirties, seemed to have a good life. She was married, had a lovely home and also a successful career. Then trouble rears up in the marriage.

She goes through a long drawn out divorce. She gets into another relationship and that does not work out either. Suffering from depression and bouts of crying, she decides that she has to give herself a break and reevaluate her life.

So, she goes on a planned journey of self-discovery. First, pleasure, then spirituality, then to find a sense of balance. For these, she chooses three countries - Italy, India and Indonesia. In Italy, she enjoys the good life and the tasty cuisines, and explores the country's many attractions. She then travels to India to seek a spiritual rejuvenation. After this, she goes to Indonesia to find a balance between the other two experiences.

Thus, Eat, Pray, Love are the three different aspects she tries out in three separate countries. Eat or pleasure in Italy where she spends four months. Pray or spirituality and meditation India where she spends three months. She then travels to Indonesia to find love. She ends her travels in Bali, where she does find the balance she is seeking and also discovers romance.
The book was made into a movie of the same name, starring Julia Roberts, in 2010.

About Elizabeth Gilbert
Elizabeth Gilbert is an American writer.
Some of her other books are The Signature of All Things, The Last American Man, Stern Men, and Committed: A Skeptic Makes Peace with Marriage.

Elizabeth Gilbert was born in Connecticut in 1969. She grew up in a remote christmas tree farm with no neighbors and no access to television or other forms of entertainment except books. She graduated from New York University with a degree in political science. She tried her hand at several jobs like being a waitress, cook and bartender. She then became a freelance writer. Her first short story was published in Esquire magazine. Her first published book was an anthology of short stories with her first published story, Pilgrims, as its title story. This book won the Pushcart Prize. Her biography of naturalist Eustace Conway, The Last American Man, was nominated for the National Book Award.

I Am Malala: The Girl Who Stood Up For Education And Was Shot By The Taliban

A Century is not Enough

El Diego (The Autobiography of the Worlds Greatest Footballer)

The Test of My Life: From Cricket to Cancer and Back

The Story of My Life

Yuvraj Singh : The Test of My Life

The Stranger in The Mirror